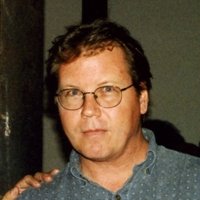 Tim Anderson lives and works in Chicago. Born in 1954, he has exhibited continuously since 1978 in Chicago and internationally. Anderson is one of the founders of “The Coldhouse Group,” that in 1987 initiated a new and successful exhibition concept by using abandoned cold storage warehouses and rail terminals slated for demolition as temporary exhibition halls. These shows led to an international exchange of art and artists. In 1989, he started exhibiting his paintings in Europe and has continued to do so in Edinburgh, Moscow, Munich, Regensburg, Krakow, Wolfenbuttel, Italy, and most recently in Paris. From these travels, he has researched and referenced his subject matter. Anderson’s fascination with the portrait as subject matter elevates his themes to a direct confrontation with humanity.