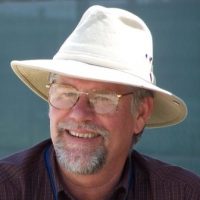 Oil Paintings by Tom Haas have appeared in many shows and museums throughout the U.S. including the Phippen Museum’s 2007 Winner’s Roundup retrospective, Pueblo Grande Museum and Sharlot Hall in Arizona. Haas is an Honorary Artist Life Member of the prestigious Mountain Oyster Club in Tucson, Arizona; and he won “Best of Show” at the Tucson Museum of Art for his depiction of the mission San Xavier del Bac. One-man shows of Tom’s paintings have been held at the Sun Cities Museum in Arizona, the A. R. Mitchell Museum in Colorado, and most recently at the Fountain Hills Community and Event Center in Arizona. His work has also been exhibited at the C. M. Russell Museum in Montana and the Clymer Museum in Washington.

Haas was a guest at The White House, Washington, D.C., for the 2004 celebration of the Art in Embassies program. The U.S. Dept. of State’s regional office in Vienna, Austria, introduced his southwest landscape paintings to a global audience with its annual calendar; and his work appeared on the catalog cover for The Residence of the U.S. Ambassador to the United Nations, Geneva, Switzerland.

The National Park Academy of the Arts recognized Tom as “being in the top echelon of representational artists working today” with its Award for Excellence three years in a row (2002-04). Home National Bank and MBNA American Bank purchased several of Tom’s paintings and his work is in many other art collections across the United States. Haas won the Phippen Museum’s Foundation Award for museum quality twice, and he was featured in the first issue of International Artists magazine.