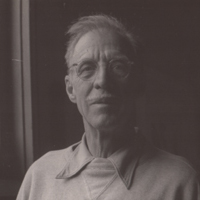 William J. L’Engle, Jr., was born in Jacksonville, Florida, a descendant of the Fatios, an historic name and prominent family. Francis Philip Fatio, Sr., a Swiss native, brought his family and personal possessions to nearby St. Augustine and then developed his own plantation in Nueva Suiza, now known as Switzerland, Florida, on the St. John’s River, about 8 years after Spain ceded Florida to Great Britain in 1763. After obtaining a crown grant of 10,000 acres, Fatio imported materials from England and built a country estate where he lived the life of a frontier baron. The plantation buildings were destroyed during the East Florida patriot revolt of 1812, one year after his death. Bill’s great grandmother was Susan Fatio L’Engle, a direct descendant of Col. John Washington, George Washington’s great grandfather. Bill came from a family that had a distinguished military heritage; men from his family served in the Revolutionary War and later on the Confederate side in the Civil War. Another forbearer, William Johnson, was an associate justice of the United States Supreme Court from 1804-1834.

Bill attended Yale University and graduated in 1906 with a degree in naval architecture and was noted among his classmates for his skill as a draughtsman. He was also a star on the track team and held the mile record. After graduation, he inclined to the fine arts and attended the Art Students League in New York City. He then sought further artistic training in Paris. There, he spent 5 years studying at The Academie Julian with Richard E. Miller and at the prestigious Ecole des Beaux-Arts with Jean Paul Laurens, and Louis Francois Biloul. In 1910, accompanied by friends and fellow artists Waldo Pierce, and George Biddle, Bill travelled to Madrid, Spain. The young artists studied there and spent time at the Prado Museum copying paintings by the Spanish artist, Diego Velázquez. In 1914, William met the artist Lucy Stelle Brown, who had recently arrived in Paris at the Academie Julian. Soon thereafter, they were engaged and married.