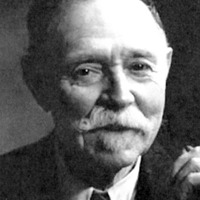 William R. Leigh was born in Berkeley County, West Virginia and spent his boyhood on a farm. At the age of fourteen he was sent to the Maryland Institute in Baltimore to begin his art training. Although from a very poor family, he managed to spend twelve years in Europe where he studied at the Royal Academy in Munich, Germany. Upon returning to the United States he opened a studio in New York and did illustrations for “Scribner’s Magazine”. It was not until he was forty years old that he was able to see the West which had occupied his thoughts for such a long time. His bold use of color depicted the clear light and brilliant hues of the West as he saw it. It was during this phase of his career that he came to be known as the “Sagebrush Rembrandt”.

In 1921 Leigh married Ethel Traphagen, a women’s clothing designer, and together they established the successful Traphagen School of Fashion in New York City.

In 1926 and 1928 he made two trips to Africa. On these trips he did many paintings of big game, and returning to New York he did the backgrounds for animal habitat groups. He painted in the Southwest nearly every summer between 1912 and 1926. His style was realistic and his palette invariably had the Southwestern hues of soft pinks, reds, yellows and purples. In fact, his critics who knew little of the Southwest accused him of fabricating the colors.