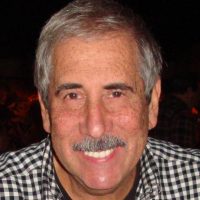 Art, like his Jewish heritage, has always been at the core of his being. A native New Yorker, Aaron Morgan was artistically trained at of Art & Design; Pratt Institute and is a graduate of The Cooper Union. He is a member of the Pastel Society of America, the Connecticut Pastel Society, President of the Art Council of Port Washington, and an officer of The Art Guild of PW (TAG).

Morgan traces his Jewish roots far back before his father changed his name in 1927 from Morgenstern to Morgan. He can trace his lineage back to 1788 and has records of each person dating back from his father to his multi-great, great grandfather, the great Hasidic master, Menachem-Mendel of Kotzk. Like his illustrious ancestor, who spent his life searching for truth, Morgan too is searching for truth; the difference is that he uses pencil and paper, or paint and canvas, instead of books and prayer.

Besides the numerous clients and awards that he has garnered for his graphic design endeavors, he has also been involved with the design of Judaic objects. He has created a Seder Plate and Blessing Cup that was produced by Waterford Crystal. In 2005, he was one of the thirty-five American artists selected to show at the Hebrew Union College exhibit “Waldsee, Postcards from the Holocaust,” which is currently touring the nation. He is now in the process of designing stained glass windows based on Genesis; a memorial wall; and elements for a sanctuary on Long Island, N.Y.

Best known for his contemporary impressionistic pastel landscapes, Morgan is always a designer. Whether designing the surface of a painting or a graphic element, the thought process engages his intellect and creative spirit. He has exhibited his visions in many venues–from one-person to group shows; he has been honored with numerous awards and prizes and his work is collected by individuals and corporations. LM

The Face of Silence and Apathy
The reflection of all the “mounds” should, and is, embedded on the face of every group that stood-by knowing what was happening under the Nazi regime in Europe. “I find it difficult to fathom a world that can stand by and let it happen. I find it more difficult to understand that it is happening again in place like Darfur and once again the world community does nothing.” –Aaron Morgan