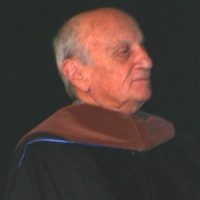 Aaron Shikler is a world renowned portraitist, whose works are in the White House, including portraits of President & Mrs. Kennedy and the official portraits of Ronald and Nancy Reagan. In the country Jordan’s Royal Palace a portrait of Queen Noor, the Metropolitan Museum of Art, the National Portrait Gallery, the Brooklyn Museum, the National Academy of Design, and many other museums, public buildings, and private collections. Recently commissioned portraits by Mr. Shikler include Barbara Walters, Giorgio Armani, Diana Ross and her daughters. His portrait of President Reagan graced the cover of Time magazine in 1980.

Born in Brooklyn, New York, Mr. Shikler studied at the Barnes Foundation in Pennsylvania and earned his Bachelors and Masters of Fine Art from the Tyler School of Art, Temple University, Pennsylvania. He also studied at American University in England and spent three years at the venerable the Hans Hoffman School in New York. Aaron Shikler was elected an Associate National Academician in 1962.