Alfred Hutty was born in Grand Haven, Michigan in 1877. He came to Charleston in 1919 when he was already in his early forties and immediately cabled his wife “Come quickly. Have found heaven.” Having worked as a stained glass designer in Kansas City and at Tiffany Glass Studios in New York, Hutty had begun a long association with the Woodstock, NY art community and with Lowell Birge Harrison, who was also a mentor of fellow Charleston artist Alice R.H. Smith. Indeed, even after he moved to Charleston, Hutty maintained a studio in Woodstock until his death in 1954. Primarily an oil and watercolor painter, Hutty apparently did not seriously take up etching until he moved to Charleston but quickly demonstrated his complete mastery of the medium, winning awards all over the country. All the while, he continued to paint in oils and watercolors, and also produced hundreds of pencil drawings and sketches. Alfred Hutty was one of the founding members of the Charleston Etcher’s Club. He was active in the Footlight Player’s Workshop in Charleston and painted murals for several public buildings. 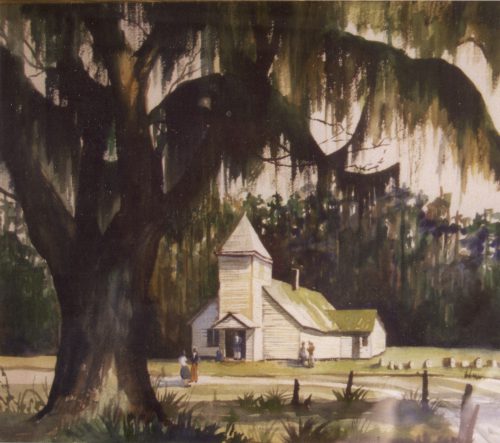 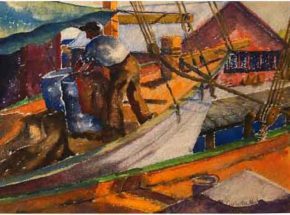