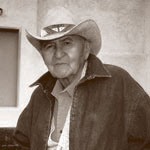 Allan Capron Haozous who became known to the world as Allan Houser was born on June 30, 1914 in the rural farming community of Apache, Oklahoma. Driven by an inner muse, he left home at the age of twenty to attend the Painting School at the Santa Fe Indian School in Santa Fe, New Mexico. Although immersed in Apache tradition, he was fasinated by art from all over the world. He mastered a number of styles ranging from straightforward representation to pure abstraction, and throughout his career he was recognized as the foremost Native American artist.

His many honors include a Guggenheim Fellowship in1949, the Palmes d’Academique from the French Government in 1954, and the National Medal of the Arts awarded by President George H.W. Bush in 1992. Though he passed into the Spirit World on August 22, 1994, he continues to receive recognition as one of the 20th century’s major American artists. He was the featured artist of the 2002 Winter Olympics in Salt Lake City, Utah, and in 2004 was honored with a major retrospective as an inaugural exhibition of the Smithsonian’s National Museum of the American Indian in Washington, D.C. 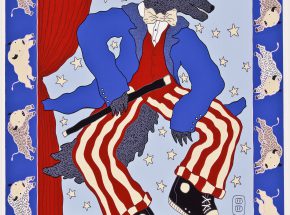