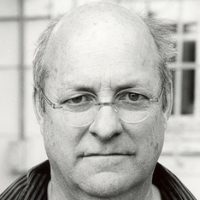 Allan Sekula is an American artist of Polish descent, writer, and critic based at the California Institute of the Arts (CalArts) in Valencia, California.His principal medium is photography, which he employs to create exhibitions, books, and films. His secondary medium is the written word, employing essays and other critical texts in concert with images to create a multi-level critique of contemporary late capitalism. His works make critical contributions on questions of social reality and globalization, and focus on what he describes as “the imaginary and material geographies of the advanced capitalist world”.

Sekula is the recipient of fellowships from the Guggenheim Foundation, the National Endowment for the Arts, the Getty Research Institute, the Deutsche Akademischer Austausdienst and the Atelier Calder.

Sekula is on the faculty of the Program in Photography and Media at the California Institute of the Arts.