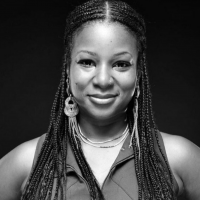 Robles-Gordon is a visual artist of Puerto Rican and Caribbean descent who resides in Washington, DC. She has over fifteen years of exhibiting, art education, and exhibition coordinating experience. She completed her Masters of Fine Arts from Howard University in November 2011. Since, her exhibitions and artwork has been reviewed and/or featured in the Washington Post, Washington City Paper, Washington Informer, Examiner, WAMU American University Radio, WPFW 89.3, MSNBC the grio, Hyperallergeric, Ebony.com, the Miami Herald, Huffington Post, Bmore Art Magazine, Houston Chronicle, and Callaloo Art & Culture in the African Diaspora.

She has exhibited nationally and in Germany, Italy, Malaysia, London, and Spain. In 2010, Robles-Gordon was granted apprenticeship to create a public art installation with the DC Commission on the Arts and Humanities, D.C. Creates Public Arts Program. Robles-Gordon was also commissioned to create temporary and permanent public art installations for numerous art fairs and agencies such as the DC Commission on the Arts and Humanities, DCCAH, Northern Virginia Fine Arts Association (NVFAA), Humanities Council of Washington, D.C., Howard University, The Schomburg Center for Research in Black Culture, the Washington Projects for the Arts, Martha’s Table and other private collections.

Throughout her career, she serves as an advocate for the Washington, DC area arts community. As of November 2004 through July 2012, Robles-Gordon has been an active member of the Black Artists DC, (BADC) serving as exhibitions coordinator, Vice President and President. Robles-Gordon is also the Co-Founder of Delusions of Grandeur Artist Collective. In 2012, Robles-Gordon was selected to present for the Under the Influence competition as part of the 30 Americans Exhibition at the Corcoran Gallery of Art.

Additionally, she has been commissioned by the Smithsonian Anacostia Museum, Luther College, WETA Television, WPFW 89.3fm, WAMU | American University Radio, Al Jazeera, The Kojo Nnamdi Show, Howard University, David C. Driskell Center, the Phillips Collection, the African American Museum in Philadelphia, Mc Daniel College Salisbury University, Harvey B. Gantt Center, Phillips Collection, American University, National Museum of African American History and Culture to teach workshops, give commentary, and or present about her artwork. In 2016, Robles-Gordon was selected for the Centro Cultural Costarricense-Norteamericano, Back the Roots, Teaching Residency in Limon, Costa Rica. In 2017, she participated in a teaching residency with Washington Projects for the Arts and DC Public Schools.

Artist Statement
Amber Robles-Gordon, is a mixed media visual artist. Known for recontextualizing non-traditional materials, her assemblages, large sculptures, installations, and public artwork, in order to emphasize the essentialness of spirituality and temporality within life.

Driven by the need to construct her own distinctive path, innovate, and challenge social norms, her artwork is unconventional and non-formulaic. Her creations are representational of her personal experiences and the paradoxes within the imbalance of masculine and feminine energies with our society.

Ultimately, the intention is to examine the parallels between how humanity perceives its greatest resources, men, and women versus how we treat our possessions and environment.
In January 2019, Robles-Gordon will be participating in an Artist/Scholar residency at the American Academy in Rome. In 2020, Robles-Gordon will be featured in solo exhibitions at American University, Katzen Art Center and at La Universidad del Sagrado Corazón in San Antonio, Puerto Rico.