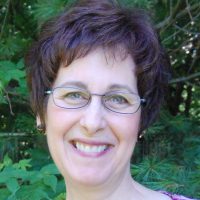 Ami’s easy-going teaching style and incorrigible sense of humor have made her a sought-after instructor and lecturer on the national circuit for more than 25 years. Making a living as a traveling quilting instructor she has presented lectures and workshop to more than 300 quilting groups in 42 states and seven foreign countries. An elementary school teacher by training, she transforms complex skills into small, easy-to-master tasks which make learning fun. Ami was named 2005 Teacher of the Year by Professional Quilter magazine.

First introduced to quiltmaking in 1975 while conducting research among the Old Order Amish, Ami is the author of nine quilting books, numerous patterns, and is the creator of the infamous Worst Quilt In The World Contest®. Ami has designed two fabric lines, appeared on five different television shows, and was invited to the White House in 2004 along with other artists who participated in the Art in Embassies program.

Ami is the founder and Executive Director of The Alzheimer’s Art Quilt Initiative and the curator of “Alzheimer’s: Forgetting Piece by Piece,” which was seen by more than 223,000 people in at 49 venues in 31 states. She is also co-curator of a new traveling exhibit called “Alzheimer’s Illustrated: From Heartbreak to Hope.” She presents lectures about Alzheimer’s from a caregivers point of view and often travels with the service dog she trained for her mother who had Alzheimer’s. Ami was named Favorite Quilting Philanthropist by Quilters Newsletter in 2008. She blogs and writes a free monthly e-newsletter read by more than 17,000 of her closest friends.