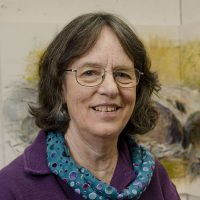 Anne Diggory paints out of her studio in Saratoga Springs, New York. She is known for her combination of accurate detail with expressive painting and strong abstract structure – an outgrowth of education at Yale and Indiana University and many years of exploring and painting the natural world. Diggory creates artwork that goes beyond the description of a certain place as she conveys the complex experience of looking around a space. By manipulating composition, color, amount and clarity of detail and the ways that forms merge or separate, she presents the carefully observed details as an energized, light-filled whole. Her work has been seen in over thirty five solo exhibitions and seventy five group exhibitions in the United States, Panama and Germany.

While many of her works are inspired by the Adirondack Park in upstate New York, painting locations also include California, Alaska, Norway, Ireland and various seashores as well as her own city of Saratoga Springs and the clutter of her studio. With an interest in the choices made in the creative process, Diggory researches historic painting locations for 19th century American artists. She lectures about those choices and writes about them for the Adirondack Almanac. She has published her research on nineteenth century artist John Frederick Kensett at Lake George in the Metropolitan Museum Journal.

In 2015 Diggory’s hybrid works combining photography and painting were the focus of two solo exhibitions — in New York City at the Blue Mountain Gallery and at The Hyde Collection in Glens Falls, New York. That work was featured in the Adirondack Explorer, Saratoga Living and the March photography issue of Adirondack Life. Major commissions include an Adirondack scene for the new Upstate Cancer Center in Syracuse, New York, and several large murals for the Adirondack Trust Company in Saratoga Springs, New York. Public art works include a collaborative commission of art work for the Saratoga Springs Train Station and a large interactive artwork series for the Albany Institute of History and Art. Her work and exhibitions can be seen at www.diggory.com 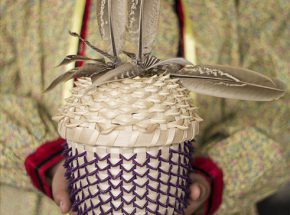