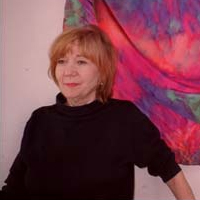 Having grown up surrounded by art and antiquities no wonder that I would enjoy museums ,art and history. My father was a court Dr for some of the Nurnberg trials.We saw history in the making before settling at Aiken, South Carolina. Aiken offered lots of sunshine ,Southern culture and plenty of outdoor sports,especially anything to do with horses.

I learned to ride at Mead Hall. At nine I won my first ribbon in the Hitchcock Woods Show. My parents built a lighted ring on the edge of Hitchcock Woods so my sister Jennifer and I could ride horses with the name of songs Bill Bailey,Tom Dooley, Siboney,and White Christmas night or day. Sis the horse was wanted by two Olympic Teams after her showing at the Garden and the Washington International Horse Show.

In my teens my mother put on the first three day horse show in Aiken. There were all kinds of classes and horses,pony fancy turnout,walking,three and five gaited,hunter and open jumping events. As part of the show my mother hired a family with exotic doves and lippizaners to entertain in the Aiken Show and in Augusta for Masters’ guests. They wanted me to join them but Mom objected so I didn’t get to perform in a circus riding lippizaner horses but did get to attend Ringling School of art.

My interest in other cultures and art was also inspired by my parents exploring and locating indian sites along the Savannah River. As a young boy my father dug at the Macon Plateau at what is now known as the Ocmulgee National Monument with A.R Kelly, then of the Smithsonian. No project of comparable magnitude had ever been started or completed in the nation up to that time. Two of my favorite sites are the Etowah Mounds and Stallings Island. An endless array of visiting archeologists stayed and dug with them. William Stiles from the Museum of the North American Indian fixated us with his stays with the Eskimos. Scott Eubanks search for the true Desoto route is still his quest. They dug with Rebekah Burgess of the University of Georgia and Dave Phelps on White’s mound.

The den was full of potsherds painstakingly glued together by my mother. It was if Indiana Jones was living there. You never knew what you would find arrowheads,pots,bones, guns, old maps, books,a mystery waiting to be solved. My painted silks have some of the same patterns that I remembered from this period.

In college luckily I wandered into the wrong building and after seeing an oil painting class in progress decided to try that. I started drawing at five later discovered watercolors but oils were exciting! The colors were alive. Six months later on Hilton Head Island at the Summer School of the Arts I sold my first painting to Charles Fraserand a watercolor to Arthur Gerhard whose collection of old master art included works by Piranesi http://www.artchive.com/artchive/P/piranesi.html/, Nicolas Poussin http://www.artchive.com/artchive/P/poussin.html/ Zurbaran and my favorite contemporary SC artist Walter Greer.