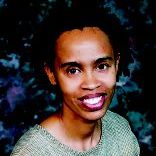 Annette Lawrence is a visual artist who has been based in Texas since 1990. Her work is generally related to text and information, often in response to physical space and time. The work is grounded in autobiography, counting, and the measurement of everyday life. Her subjects of inquiry range from body cycles, to ancestor portraits, music lessons, and unsolicited mail. Lawrence’s string installations are a response to architecture as monumental text. The string presents a visual lightness, balanced by the substantial physicality and scale of the work. References to lattice, woven vessels, suspension bridges, and musical instruments often emerge.

Lawrence’s art is widely exhibited and held in museums, and private collections including The Museum of Fine Arts, Houston, The Dallas Museum of Art, The Rachofsky Collection, ArtPace Center for Contemporary Art, Jack S. Blanton Museum of Art, and American Airlines. In June 2009 she received a commission for a large-scale permanent installation titled Coin Toss at the new Dallas Cowboys Stadium. In January 2009 her solo exhibition titled Free Paper received national coverage through the Associated Press. She received the Dozier Travel Award from the Dallas Museum of Art in 2009 for travel to Australia. Lawrence has participated in artist in residence programs in Houston, Texas, Skowhegan, Maine, Johannesburg, South Africa, and Tanera Mor, Scotland. She has taught as a visiting artist at American University, and The Yale School of Art. She was an artist in residence at Monash University in Melbourne, Australia, August – October of 2009.

Born in 1965, Lawrence grew up in Queens and Freeport, NY. She received a BFA from The Hartford Art School and an MFA from The Maryland Institute College of Art. Currently, Lawrence lives and works in Denton, Texas and is a Professor of Drawing and Painting at the University of North Texas, College of Arts and Design.