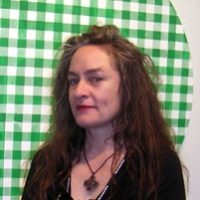 Annette Lemieux is an American artist who emerged in the early 1980s generation of “picture theory” artists (David Salle, Jack Goldstein, Cindy Sherman, Barbara Kruger, Richard Prince). Lemieux brought to the studio a discipline equally based on introspection, and the manifestations of an ideological minimalism. Process is a key component in the execution of her works over the past three decades, creating the lure to the confrontation of issues of social and historical urgency. Lemieux has been the recipient of awards from the National Endowment of the Arts and Brown University as well as an honorary Doctorate in Fine Arts from Monserrat College of Art. Presently, in addition to her studio and exhibition schedule, she is a senior lecturer at Harvard University in the area of visual and environmental studies.