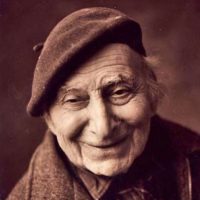 A painter, muralist and long-time teacher at the New School of Social Research in New York, Anthony Toney was born to Syrian immigrants in Gloversville, New York. He earned a Bachelor’s Degree from Syracuse University in 1934, and began teaching at the New School in 1952. Three years later, he earned a PhD in fine arts and education from the Columbia University Teachers College. He also studied in Paris from 1937 to 1938 at the Ecole des Beaux Arts and the Academie Grande Chaumiere.

In the 1930s, Toney painted murals for the Works Progress Administration, fought with the Abraham Lincoln Brigade in the Spanish Civil War, and served in the U.S. Army Air Force during World War II. Just before the outbreak of that war, he had his first solo exhibition, which was in New York in 1941 at the Wakefield Gallery.

Exhibition venues included the Corcoran Gallery in Washington DC; the Art Institute of Chicago; the Society of Independent Artists, Whitney Museum and Museum of Modern Art. He was also a regular contributor to the publication “Reality”.

Toney wrote a book, published by Dover Press in 1968 tilted “Creative Painting and Drawing”. He was married to Edna Greenfield for forty-six years, and she died in 1993.