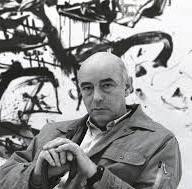 Antonio Saura is considered one of the most important avant-garde painters of the 20th century. Saura was born in Huesca, Spain, and lived in various cities throughout the country with his family during the Spanish Civil War. At 13 years old, Saura was diagnosed with tuberculosis, resulting in a five-year confinement. During this period he began painting and writing, and later exhibited his work locally. He moved to Paris in 1954, working alongside Surrealist artists on his abstract compositions, which feature dense layers of paint and rough-hewn, biomorphic forms. Saura received vast critical acclaim for his work, and in 1960 was honored with an award from the Guggenheim Foundation. He painted primarily in black-and-white throughout the 1950s, and worked with motifs ranging from nude and female forms to gathering crowds and abstract portraits of Goya. In the 1960s, Saura worked increasingly with sculpture, often creating bronze works referencing the figurative forms he depicted in his paintings, and became a staunch protester against the Franco regime in Spain. Towards the end of his life, Saura concentrated on his other artistic passions, including writing and set design, in addition to painting bold, gestural works. Saura’s work has been exhibited in retrospectives around the world, as well as in the 1958 Venice Biennale, and at several documenta exhibitions in Kassel throughout the 1950s and 1960s. Saura died in Cuenca, Spain, at 88 years old. 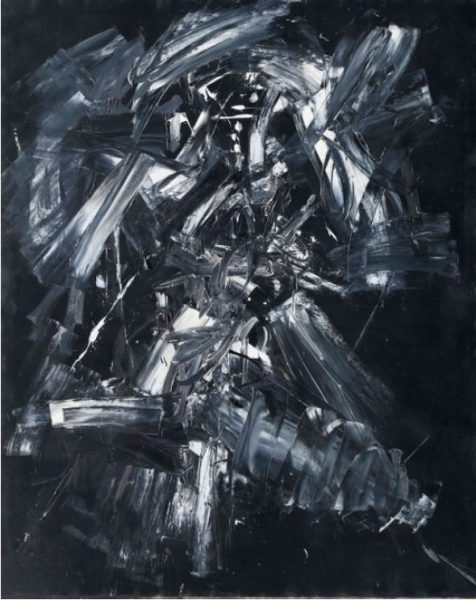