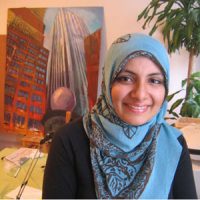 As an artist, my concerns are my immediate environment.

I grew up in Karachi, Pakistan–a society constrained by tradition, threaded through with colonial legacy and subjected to the most rapid changes due to the impact of globalization.

My work there had attempted to define national and cultural identities of a society in flux. ‘Ronald’ from McDonalds and ‘Colonel Sanders’ of Kentucky Fried Chicken (KFC) became revered icons in the imagery of my artwork; celebrating, dancing, invading, controlling, and challenging the very vulnerable/sacred ideals of nationalism in our society.

Moving to New York, the fascination with city life and its impact on personal identity, continue to grow. The magnitude of New York City’s structures and its tremendous ability to absorb diversity holds me in awe. The first body of work here titled ‘Home’ documents my personal experiences of getting married, and adopting the city as my new ‘Home.’ I incorporate varied visual styles and materials through which I am exploring my identity as a Muslim, an immigrant and a mother of an American born baby. As I paint, I embrace the city’s territories, its revered icons and grow closer to it just as I do when I walk its Avenues and Streets. 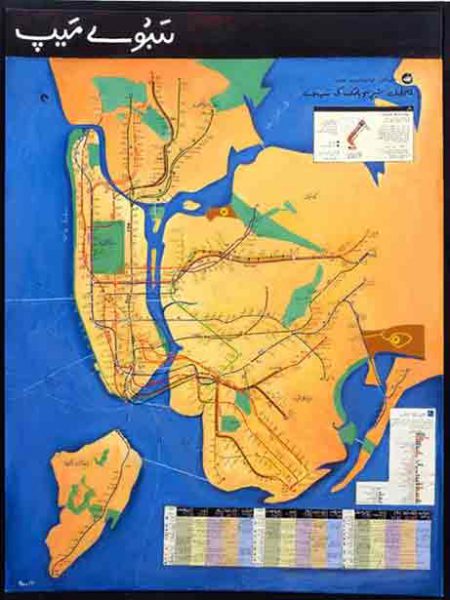