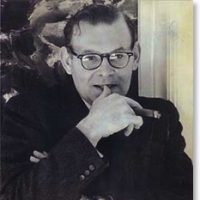 Abramowitz was born in Brooklyn, New York in 1917 to Russian immigrants. As a young child he craved the artistry of signs, posters and illustrations, and was enraptured by the art in museums. Walking hours to study life drawing at the Brooklyn Museum School, at 16 the Brooklyn Museum honored him with his first solo exhibition. He attended the National Academy of Design, absorbing the models of the avant-garde and social-realists, studying the masters. In 1936 he joined the Work Projects Administration (W.P.A.) using the name of Ben Hoffman and moved through the ranks, as teacher, mural assistant, senior printmaker and painter. He was 19 years old. Today many of those works are in major museums. The Metropolitan Museum in New York holds eleven lithographs from the young artist.

In 1941, with the world at war, Abramowitz moved to Washington, DC taking on U.S. government graphic assignments. Now married, he bought a home in then rural Greenbelt, Maryland, one of the nation’s first cooperative communities, now recognized as a unique socio-architectural experiment. He chose to make Greenbelt his base for both home and studio for more than half a century.

The postwar years were a time of critical personal and artistic evolution for him. Two young children complicated his daily struggle for time and energy. Nevertheless, he led a successful multi-tiered existence. By day a lithographer, each and every night driven by discipline, he drew and painted; he even carved out precious moments to study history and philosophy and taught himself seven languages, beginning with Latin and Greek.

By the time he was in his early 30’s, Abramowitz had become a celebrated star in the growing Washington, DC-Baltimore regional art scene. From the 1940’s on, critics, curators and collectors enthusiastically sought out his work. In solo and group exhibitions, he reaped critical acclaim. He competed for and won virtually every prize. Reporters were fascinated by his capacity to turn out large numbers of canvases and also make time to shine family shoes with his kids. His work began to be purchased for major regional collections among them, the Baltimore Museum of Art and the Phillips Collection. The Corcoran Gallery of Art selected his work virtually annually for its biennial exhibitions.

By the mid-20th century, Abramowitz, was recognized not only as a painter, but also as a teacher and “art coach” throughout the Washington metropolitan area. The Ford Foundation singled him out and sent him throughout the country, lecturing, conducting seminars and critiques as artist-in-residence. All the while, he kept journals and maintained an active correspondence with critics, curators and students.

His appetite for visual statement drew him initially to the social and political chaos of the Depression, the tragedies of the poor and legends from the Old Testament, Tender portraits of his family, in a variety of media, continued throughout his life. He moved seamlessly and simultaneously to create hundreds of line drawings and watercolors, emotive and dynamic forces punching through the paper. Fascinated by calligraphy throughout his life, he also filled dozens of sketchbooks during a trips to Europe, intimate family vacations and even as he talked on the telephone. In time, by the 1970’s, he moved beyond the canvas, and turned to making elegant and iconic wall works and freestanding sculptures, some black, some white, filling book after book with ideas for more. He designed four books illustrating the basic principles of the creative experience.

Until his mid-80’s, when diminishing vision essentially prevented him from continuing to work, he created steadily and with the same discipline and vigor that marked his earlier years. In the later years, he worked exclusively with ink, producing rhythmic forms that live and dance on paper. “I don’t know all the answers…I am much more interested in the questions,” he says. By 2008, his early work in the WPA became increasingly valuable and recognized, and is currently featured in a touring exhibition.

Abramowitz’ distinguished lifework has been cited in numerous prestigious biographical volumes. The National Archives of American Art holds hundreds of papers, letters and other materials. 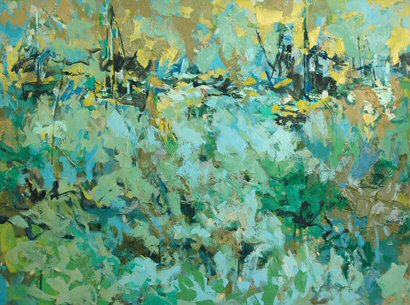 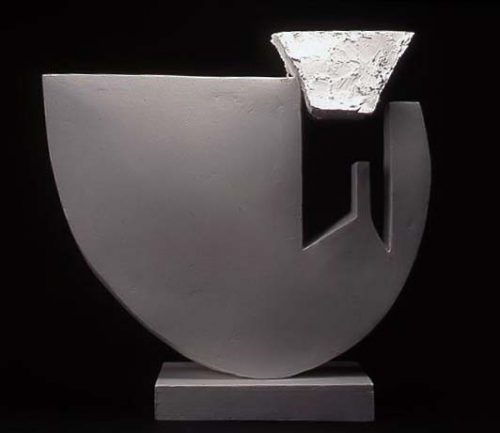 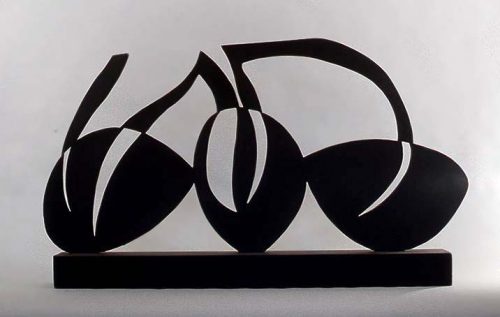 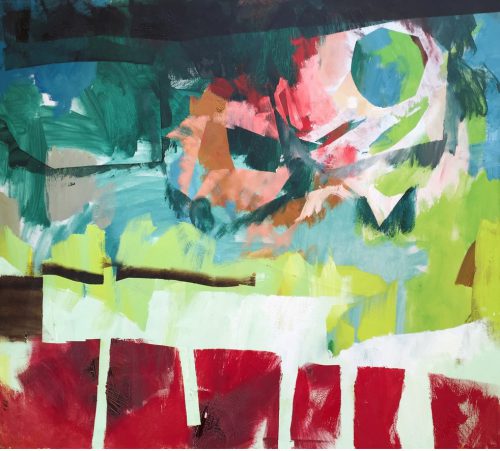 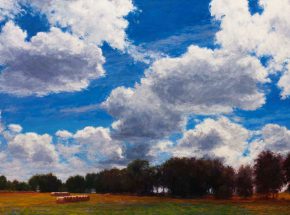 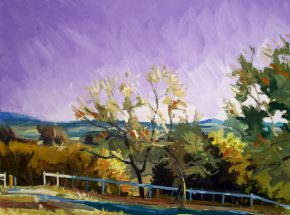