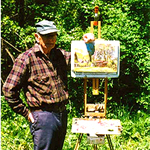 Bernard Corey, known for his delicate New England landscapes, is considered one of the premier New England plein air artists of the twentieth century. He was born on September 3, 1914 in Grafton, Massachusetts, and he lived his life in the house that his grandfather built in South Grafton. From an early age he grew to have a deep love of nature and spent a lot of time in the woods surrounding his home. His love of art also began at an early age, and he was encouraged by his parents to develop his drawing skills. Although he had no formal art training, he taught himself to render nature in oils and watercolors.

For twenty-five years Corey worked painting houses and hanging wallpaper while his landscape painting remained a hobby. In the early 1960s he made the decision to dedicate his life to being an artist. He moved to Rockport (Massachusetts) for a short time to hone his skills, and quickly established himself as a professional
painter. Corey returned to South Grafton to continue painting and taught in the Douglas, Massachusetts, public schools. Teaching the value of art to young children was very important to him, because he felt it would stay with them throughout their lives. He opened the world of art to hundreds of young people and both inspired and challenged hundreds of accomplished artists with his devotion to open-air drawing and painting, and gave private instruction to adults from his home. Corey always drew his inspiration from nature. He felt that it was necessary to paint directly from the source as opposed to working in the studio or
from photographs, and painted a variety of subject matter, in oils and watercolors, on location throughout New England. 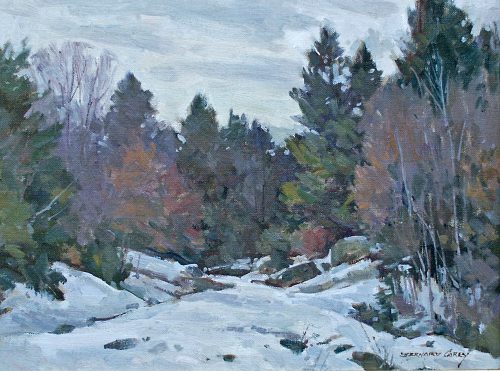 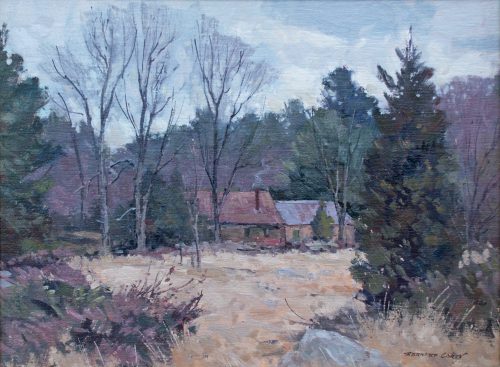