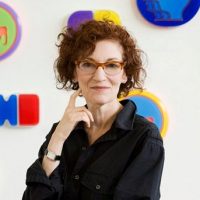 Beverly Fishman is Artist-in-Residence and Head of the Painting Department. For the past twenty-five years she has worked as a full-time artist and has dedicated herself to educating young artists. She received her MFA degree from Yale University in 1980 and accepted her first position as adjunct Associate Professor in the Graduate Art School of the College of New Rochelle, New York, in 1983. Fishman began teaching at the Maryland Institute College of Art in Baltimore in 1988 and continued both positions until accepting the appointment as Artist-in-Residence at Cranbrook Academy of Art in 1992.

Since 2000, Fishman has been the subject of over a dozen one-person exhibitions in New York, London, Paris, Berlin, Chicago, Los Angeles, St. Louis, and Thessaloniki. Her work has also been featured in a number of group exhibitions dealing with color, conceptual and cultural concerns, technology, and medication, including: “Infinitesimal Eternity: Making Images in the Face of Spectacle”, at Yale University’s 32 Edgewood Gallery in New Haven, CT; “Michigan Masters Invitational” at the Kresge Art Museum in East Lansing, MI; “2007 Op Art: Then and Now,” at the Columbus Museum of Art, Columbus, Ohio; “Optical Edge,” at the Pratt Manhattan Gallery in New York, curated by Robert C. Morgan; “Extreme Abstraction,” at the Galerie Jean-Luc et Takako Richard, 2006; “Dreaming of a More Better Future,” at the Cleveland Art Institute Gallery, 2005; “Post-Digital Painting,” at Cranbrook Art Museum, 2003; “Colorforms,” at the Detroit Artists Market, 2001; “Made,” at Post gallery in Los Angeles, 2001; “Go Ask Alice, Post, Los Angeles, 2000; “Prime Focus,” at Illinois State University, Normal, IL, 1998; “Techno Seduction,” at Cooper Union Galleries in New York, 1997; “Colors, Contrasts and Cultures”, at the Discovery Museum, Bridgeport, CT; and “Technology Culture,” at the Erie Art Museum, Erie, PA, 1996.

Ms. Fishman has received numerous grants including a Guggenheim Fellowship Award in 2005, a Louis Comfort Tiffany Foundation Award in 2003, a National Endowment for the Arts Fellowship Grant in 1989, two Artist Space Grants in 1986 and 1990, and a Ford Foundation Grant in 1979.

Her work may be found in more than a dozen museum and corporate collections, including: the Miami Art Museum, the Progressive Art Collection in Ohio; the Columbus Museum of Art in Ohio; the Borusan Center for Culture and Arts in Istanbul, Turkey; the Hallmark Collection in Missouri; the Toledo Art Museum in Ohio; the Illinois Institute of Technology in Chicago, Illinois; UBS Financial Services in Michigan; the Detroit Institute of Arts; the Stamford Museum and Nature Center; the United Nations Embassy in Istanbul, Turkey; the Life Sciences Institute at the University of Michigan; Compuware World Headquarters; Daimler; Prudential Headquarters in Newark, New Jersey; the William Beaumont Hospital in Royal Oak, Michigan; and the Financial Management Corporation in Chicago. 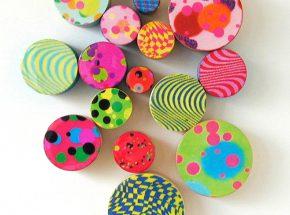