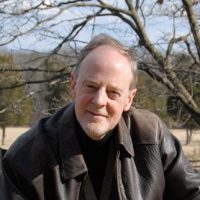 Bradley Stevens was born in Pittsburgh, Pennsylvania and raised in Westport, Connecticut. In 1972, he attended George Washington University in Washington, D.C., where he earned a Bachelor of Fine Arts in 1976, and a Masters of Fine Arts in 1979. In addition to his formal art education, Stevens spent five years copying over three hundred Old Master paintings at the National Gallery of Art. In 1982, he was invited to teach drawing and anatomy at his alma mater; in 1988, he began teaching drawing and portrait painting at Georgetown University as well. He remained a faculty member of both institutions until the year 2000.

In his career of over twenty-five years, Stevens has forged a reputation as one of America’s leading realist painters. His style is contemporary realism––rooted in classical training, yet boldly expressing modernity through his use of paint and his penetrating eye. Stevens is unique among his contemporaries for his exceptional achievements in three domains of representational art: portraiture, landscapes and figurative urban landscapes. He frequently works on commission, and many of the commissioned paintings are on a grand scale for public and private spaces.

He has reproduced historical portraits for the White House, U.S. Department of State, U.S. House of Representatives, U.S. Embassy in Paris, National Portrait Gallery and Monticello. In January 2002, the Smithsonian Institution commissioned him to reproduce Gilbert Stuart’s Lansdowne portrait of George Washington. The painting now hangs in Mount Vernon. In September 2006, Stevens completed a historical mural commemorating the Connecticut Compromise of 1787 for the U.S. Senate. The mural is installed in the Senate Reception Room, adjacent to the Senate Chambers in the U.S. Capitol.

He was honored by the National Parks Service for three consecutive years as one of the Top 100 Artists in the Arts for the Parks Competition. In 1999, he received the prestigious Steven L. Aschenbrenner Collector’s Award for his painting Approaching Rapids of the Grand Canyon. Stevens is represented by galleries in Washington D.C., New York, Boston and Seattle. His paintings are sought by private collectors throughout the country.

Stevens and his artist wife live in the Virginia countryside, near Washington D.C., and work in a studio adjoining their home. The couple travels throughout the year, often painting on location. Recent excursions include France, the Southwest, Pacific Northwest, Wyoming and Montana. 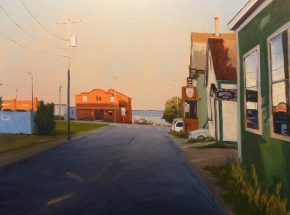