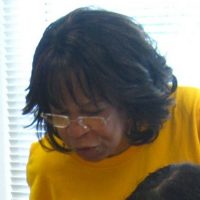 Nationally known, Brenda Singletary, a professional artist for over 20 years, is noted for her versatility. Her original pieces done in oil, enamel, acrylic, gold leaf and pastels range from figurative, abstract to floral, and landscapes.

Singletary, an alumnus of Morris Brown College in Atlanta, worked several years in television broadcasting before deciding on an art career in 1985. Singletary’s work is represented in art galleries across the country as well as corporations, such as IBM, Coca-Cola, Kaiser Permanente, Bellsouth, Wachovia, Marriott Hotels, Delta Airlines, Century Fox Television and many others. Collectors of Singletary’s work include Hank Aaron, Terry McMillan and Andrew Young.

Brenda Singletary is a community service artist. Her Atlanta television broadcast experience coupled with an artistic dedication, has created a unique art career that is centered around projects that help and support the community’s non profits. She has raised funds for organizations such as The March of Dimes, The Frazer Center, 100 Black Women, 100 Black Men, The College Fund, The Atlanta Day Shelter, The National Black MBA Association, Senior Connections, Our House, and many others.