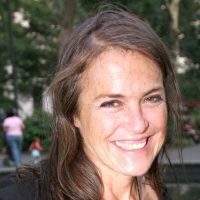 Brookie Maxwell is an internationally known gallery director, curator and artist. She is the founder and director of Gallery 138, a contemporary art gallery in New York’s Chelsea/Flatiron District exhibiting emerging and mid-career artists in all disciplines. Maxwell has curated over forty exhibitions including Brown V. The Board of Education, 1954-2004, featuring Satch Hoyt, William Pope L., Dread Scott, and Danny Simmons; RAPSIDA, featuring Will Barnett, Louise Bourgeois, Christo and Jeanne Claude, Sol Lewitt, Yoko Ono, William Pope L., and Paul Villinski; and Reparations / If It Ain’t Broke, featuring Stephanie Dinkins, Kianga Ford, Satch Hoyt, and Jessica Ingram, co-curated by Charles Guice and Keith Miller. She has partnered with universities and real estate developers and produced benefits for global humanitarian non-governmental organizations including Doctors Without Borders for Haiti, Broadway Cares / Equity Fights AIDS, and Rwandans and Americans in Partnership for Peace and Progress.

Maxwell is the Artistic Director of Photo Miami Art Fair. Earlier in her career, Maxwell worked as an illustrator and designer, producing work for Time Magazine, The New Yorker, and New York Magazine. She was also the founder and artistic director of Creative Arts Workshops (CAW), a not-for-profit organization focused on arts education and projects for inner city at risk children and their families. While directing CAW, Maxwell designed and realized two parks in east Harlem, as well as numerous large-scale public murals and sculptures at sites, including Bellevue Hospital and the Port Authority of New York and New Jersey. She subsequently founded Gallery 138 to continue her vision of creative excellence without compromise while building a new global art community.

Maxwell’s work is included in the permanent collection of The Amistad Research Center, and has recently been exhibited at The New Orleans Museum of Art. She is represented in the artist registries at The Drawing Center and Nurture Art. Maxwell has received awards from the Mayor of New York and the Borough President of Manhattan, and was nominated for a Freedom to Create Prize for her work in Rwanda. She was recently interviewed by Penelope Green, and by Michelle Agins, for The New York Times. 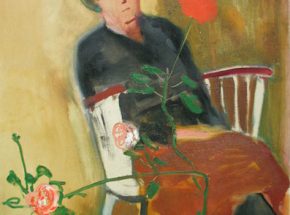