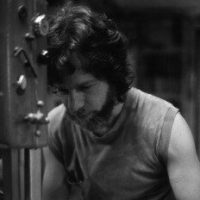 Some of my earliest memories of spending time with my dad are helping him with various handyman projects in the basement. He’d have me hold the end of a board while he hand sawed it, start some nails, mark where drill holes would be or keep the end of his folding ruler at a certain place. Using scrap lumber I built a little workbench where he let me to keep some of his smaller tools so I’d have some to work with. Thanks to my father’s time and patience, when I started elementary school shop class I already had a working knowledge of both hand and some power tools.

I used these skills infrequently over the years but always enjoyed getting involved with one project or another, working construction and welding jobs through college, learning how things go and stay together. Upon graduating from the University of South Florida in 1975 I bought a small rundown house and spent the next six years remodeling it one room at a time. I acquired some stationary power tools, notably a band saw, which quickly became my tool of choice.

I began creating a few reasonably well-crafted curio boxes and some jewelry pieces, and in July of 1980 I exhibited at my first craft show in Tampa. I won a small award, met a host of interesting people and willing mentors; woodworking was better called woodplaying. With no prospect of using my Biology degree, excited with all the possibilities ahead, I quit my job two weeks later and have been self-employed ever since. My parents were enthusiastic about my career choice, and I’m grateful to them for their loving support and inspiring in me a strong work ethic.

A move to North Carolina in 1982 opened up the resources of a well-established network of craftspeople and galleries from which to grow in my career. I developed a line of desk accessories and jewelry and marketed them through galleries and craft shows for several years. In the early 90’s I rediscovered an obscure technique for making bowls that led to a more upscale body of work I exhibited at many galleries and fine craft venues throughout the east coast. Currently I enjoy making multilayered bowls and vessels by commission and continue to market a small popular jewelry line to galleries nationwide.

My wife, Debbie Littledeer is a talented artist known for her serigraph prints of landscapes and whimsical animals. We live and work in view of the beautiful Black Mountains near Burnsville NC. 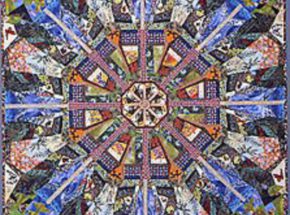