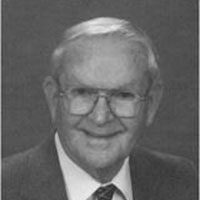 Calvin Cooper took up woodworking, seriously, following his retirement after twenty-one years as a safety inspector with the Kentucky Department of Transportation. His initial work was cut out from plywood and painted. In 1988 he began carving out of wood found in the forest behind his home; one the earliest of these pieces, a whimsical rooster with large blocked feet, was acquired by the Morehead State University Folk Art Collection, which has continued to collect his work. This rooster form quickly evolved to what became Cooper’s signature piece: a rooster made from a branch which forks simultaneously into four branches, three of which he splits to form the wings and tail, the fourth making the rooster’s neck and head. Brightly painted with spots of different colors, these are deceptively complex pieces. Cooper’s work soon blossomed and diversified to include human as well as animal subjects, including Adam and Eve and a series of devil figures.

Much of Calvin’s work is dependent on his walks through the forest during which he gains inspiration for different animal forms from the branches of trees he encounters and hauls back to his home. Calvin was widowed in the late 1990s and remarried in 2000.