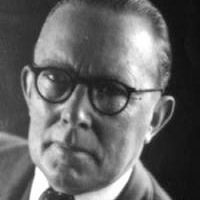 Carl Oscar Borg (1879-1947) was born in Dals-Grinstad, Sweden. His family was poor and he was largely self-taught as an artist. He showed early art talent and as a child began copying pictures from books. Carl Oscar Borg would become friends with well known artists like Edward Borein, Thomas Moran, William Wendt and Charles M. Russell. His artistic ability allowed him to create virtually any subject in any medium, and do it well; the artist was most successful and highly regarded during his lifetime, receiving numerous awards and medals.

At the age of 15, Carl Oscar Borg was apprenticed to a house painter and at 20 he moved to London where he worked as an assistant to portrait and marine painter George Johansen. In 1901 Borg sailed for the United States and worked as a house and furniture painter in the East. While serving as a seaman aboard the S.S. Arizonian, he jumped ship in San Francisco in 1903, and decided to make California his home. Lacking funds, he walked the railroad tracks to Los Angeles. William Wendt, the well known landscape artist and friend to Carl Oscar Borg, taught Borg painting techniques.

Under the patronage of Phoebe Hearst, who recognized his talent, Carl Oscar Borg was able to return to Europe to study art. It was also Mrs. Hearst who made arrangements with the Department of the Interior for Carl Oscar Borg to live with the Native Americans. Carl Oscar Borg wrote: “The inhabitants of these great solitudes, these limitless horizons, this wilderness of color and form, are marked by an Arcadian simplicity, by a dignity and reserve that I am sure would be hard to find among any other living people” And every summer, while residing in California, Borg would return to the desert to spend time with his many intimate friends among the Indians.

Carl Oscar Borg taught at the California Art Institute in Los Angeles, spent six months in Honduras, and from 1918-24, was an instructor at the School of Arts in Santa Barbara. He was the first art director for major Hollywood studios and worked with Sam Goldwyn, Douglas Fairbanks and Cecil B. DeMille. From 1924-35, Carl Oscar Borg was in California and Arizona doing commissioned paintings of Southwest Indian tribal ceremonies for Hearst and also did Grand Canyon landscapes. Borg traveled in the country when war broke out and was forced to spend World War II in Sweden where his desert and Indian portraits became much sought after.

Carl Oscar Borg returned to Santa Barbara in September of 1945. By this time many of his friends had died and he felt somewhat estranged from the world that had evolved there. On May 8, 1947, Carl Oscar Borg was painting in his studio, as he did every day. That evening, he walked to his favorite restaurant to enjoy his favorite food and was stricken with a massive heart attack and died in the ambulance on the way to the hospital. Carl Oscar Borg had a special place in his heart for the Grand Canyon and his wish to have his ashes given to the wind of the Canyon was fulfilled.