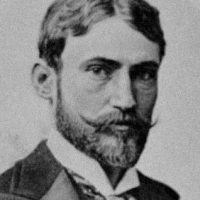 Many viewed the War of 1812 between Great Britain and the new nation of the United States as a second war for Independence. This painting commemorates
the first frigate duel of the war. The USS Constitution, on its way back to Boston Harbor, successfully defeated in thirty minutes the HMS Guerrière, a French prize that had recently been taken by the British Navy. Born in New London, Ohio, Carlton Chapman ran away t fifteen and spent a year on a Great Lakes schooner. He later studied at Oberlin College, Ohio, the National Academy of Design, and the Arts Student League, both in New York City.

In the mid-1880s, he attended the Académie Julien in Paris and traveled to England and the Netherlands. Upon his return to New York Cityin 1886, he established a studio and embarked on a lifelong specialization in marine views and landscapes rendered as oil paintings, watercolors, and etchings. As background, the artist had an extensive understanding of ship construction and navigation, collected ship models, and was an enthusiastic yachtsman. In the late 1890s, during the Spanish-American War, Chapman also became known as an illustrator and artist-correspondent for Harper’s Weekly.

His work has been the subject of numerous exhibitions and is in the collections of the U.S. Naval Academy, Annapolis, Maryland; the Metropolitan Museum of Art, the National Academy of Design, the Brooklyn Museum of Art, all in New York; the Toledo Museum of Art, Ohio; and the St. Louis Art Museum, Missouri, among others. 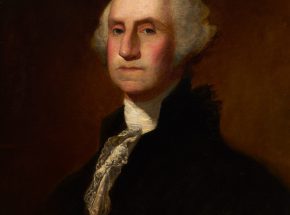