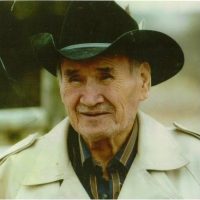 Cecil Dick (1915-1992) was a well-known Cherokee artist often referred to as “the Father of Cherokee Traditional Art.” Dick, born near Rose Prairie, Oklahoma, was one of the pioneers of the Eastern Woodlands style of Native American painting. In 1983 Dick was honored for his intellectual and artistic achievements with the Sequoyah Medal by the Cherokee Nation. The Cherokee Heritage Association held a 50-year retrospective exhibition of his lifetime work that same year. In 1991, the Five Civilized Tribes Museum in Muskogee, Oklahoma named the “Cecil Dick Master of Heritage Award” in his honor. This award is given out during its annual Competitive Art Show to recognize outstanding paintings in the traditional style.
Dick died in 1992 in Tahlequah, Oklahoma, having spent over 50 years recording Cherokee culture and history in his art. 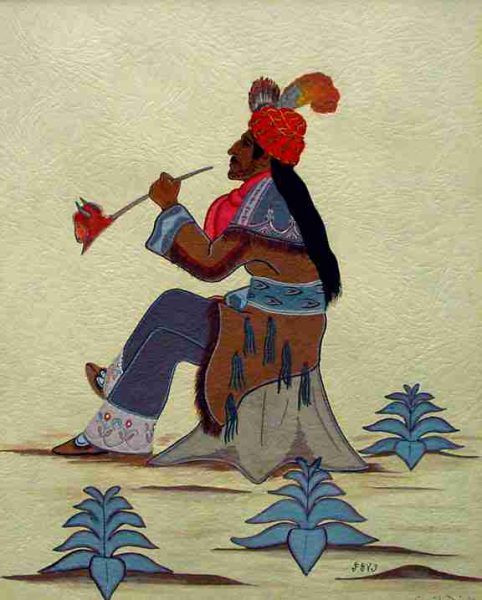