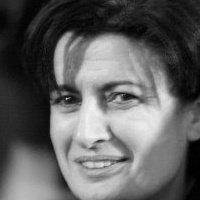 Celia Borg Cardona was born in Oxford, UK in 1957. She studied at the University of Malta and then acquired formal art training at the Malta School of Art. Celia subsequently attended the studio of Anton Calleja for several years. She cites Delacroix and Whistler as artists who have profoundly influenced the way she approaches her art. Her concern with depicting light and shade and her expressive gestural brushstroke stand testimony to these influences. Oil paint is her main love but she also works frequently in acrylics, oil pastels and three dimensional media. She will use anything, from burnt-out matchsticks to spilt coffee if no other medium is at hand. In the last few years she has been interested in the ways that people in their everyday lives group together and the ways that they can be depicted on canvas. The ‘personal space’ between figures is a topic of painterly investigation for her often resulting in people being depicted from unusual or high viewing points. 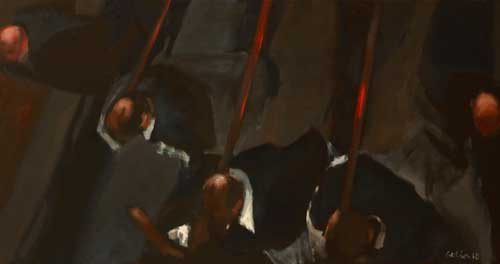