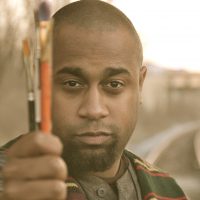 Charles Philippe Jean-Pierre’s artistic expression was birthed in the shadows of Chicago’s south side. As an undergraduate, Jean-Pierre split most of his time between painting and studying African art, culture, and history. He solidified his introspective style as a graduate student while studying fine art at Howard University. His use of vivid colors and bold content are indicative of their unique style and subject matter.
Jean-Pierre’s works have been highlighted by numerous media outlets including; The Washington Post, Black Enterprise, NHK TV (Japan), MTV, The Village Voice, NBC News, and Fox News. The documentary Brothas ‘n Arms covered Jean-Pierre’s community arts initiatives; volunteer efforts; Botswana critique, and shows with performers such as the Roots. The short documentary Qui Je Suis documents Jean-Pierre’s mission in the country of his roots–Haiti, post the 2010 earthquake
Jean-Pierre has lectured at Stanford University regarding a Positive Vision of Haiti through the Mamelodi Project. He was named top 5 arts educators by the District of Columbia and is an art instructor for The Alvin Ailey Camp Chicago. Jean-Pierre is an Artist in Residence for Bloom Bars, Passport Carriers, and is the National Arts Director for the Young and Powerful group. He is a certified art instructor in the District of Columbia and holds a Masters of Arts from Howard University. Jean-Pierre has created murals and public art in Chicago, Washington DC, Port-au-Prince, London and Paris.
(the following briefer bio provided by cp j-p in 2013)
Charles Philippe Jean-Pierre is a Haitian-American painter and educator who is best known for his murals. He has created public art in Chicago, D.C., Port-au-Prince, London, and Paris. Jean-Pierre began experimenting with art early by creating visual narratives based on classical paintings from his homeland. His work speaks to the nexus of political, social, and economic structures. They are a blend of artistic styles that span from multimedia collages to conceptual designs. Jean-Pierre often incorporates graffiti, folk, and multi-media into his paintings. Jean-Pierre holds a Masters of Arts from Howard University. 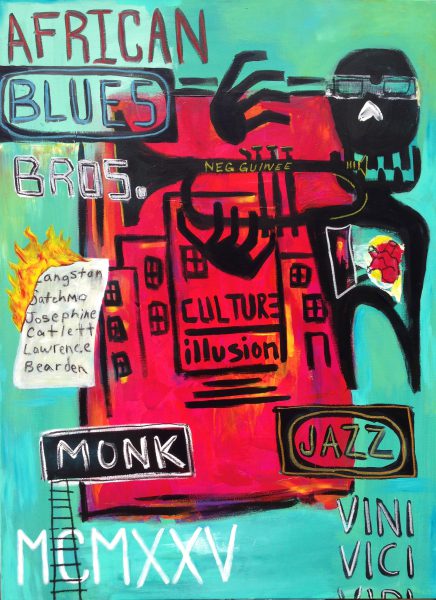 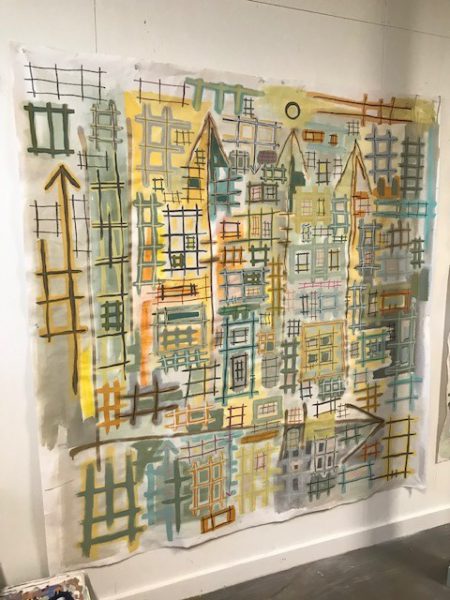 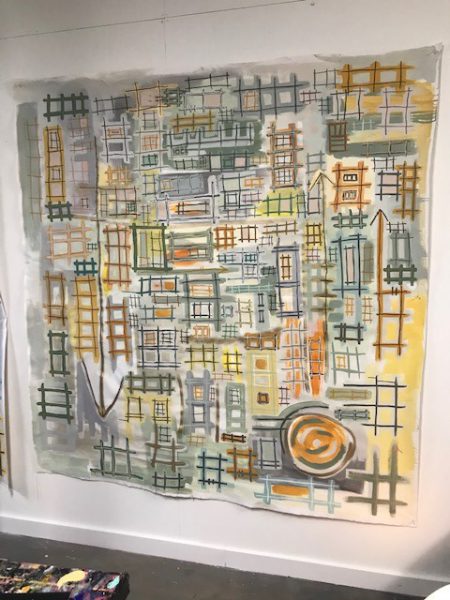 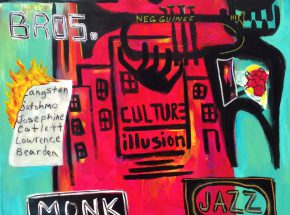