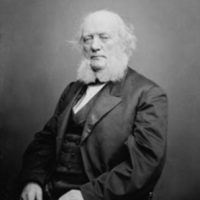 Chester Harding was born in Conway, MA, on 1 Sept 1792 and died Boston, MA, 10 April 1866. American painter. This untrained, itinerant artist from rural New England became one of the most successful American portrait painters in the generation following Gilbert Stuart. A huge man with a hearty, genial personality, he combined a businesslike approach to painting with native talent and hard work. His colourful life epitomized the 19th-century American rags-to-riches success story. He painted the influential men and women of his time: American presidents, congressmen, Supreme Court justices, merchants and sea-captains of Boston and their wives, and members of the British aristocracy. In his memoir, My Egotistography (1866), he described his reaction to his first attempt at portraiture, a portrait of his wife, Caroline Harding (1816; Washington, DC, priv. col., see 1985 exh. cat., frontispiece): ‘The moment I saw the likeness I became frantic with delight: it was like the discovery of a new sense.’