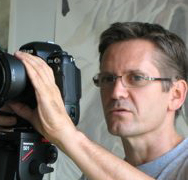 Chris Doyle is a multidisciplinary artist based in Brooklyn, New York. In addition to recent solo exhibitions in New York and Los Angeles, his work has been shown at The Brooklyn Museum of Art, The Taubman Museum of Art, MassMoCA, P.S.1 Museum of Contemporary Art, The Tang Museum, The Brooklyn Academy of Music, The Sculpture Center, and as part of the New York Video Festival at Lincoln Center and the Melbourne International Arts Festival. 50,000 Beds, a large-scale, collaborative video installation involving 45 artists was presented simultaneously by The Aldrich Contemporary Art Museum, Ridgefield, ArtSpace, New Haven, and Real Art Ways, Hartford. His work has been supported by grants from the New York Foundation for the Arts, NYSCA, the Creative Capital Foundation and the MAP Fund.

He received his Bachelors degree in Fine Arts from Boston College and his Masters in Architecture from Harvard University.