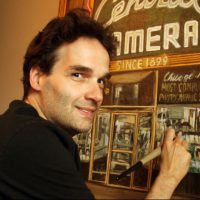 Christopher Buoscio is a Washington, D.C.-area artist working in painting, drawing and printmaking. His work depicts the urban environment and involves the effect of memory, nightfall and architecture on the viewer. His images are influenced by “Film Noir” cinema as well as traditional and expressionist works.

He received his MFA in Printmaking from Ohio University in Athens, OH and his Bachelors from Illinois State University. He has also studied painting and printmaking at the School of the Art Institute, film studies at Columbia College, Chicago and traditional printmaking techniques at La Corte della Miniera near Urbino Italy.
He regularly participates in solo and group exhibitions, lectures and teaching opportunities.

His artwork depicts specific places at specific times. These are not random areas, but places that Buoscio responds to on a personal level.

“My reaction can be a feeling of excitement, discovery, or of being overwhelmed at what I am encountering. These views connect to me in inexplicably familiar ways. These are not static places but ones that interact and confront me as they are approached. They are watching as well as being watched.”

He is interested in finding the hidden pieces of the landscape that people often pass without notice. Individual connections to an area are severed one by one with the passing of time, people and function, only the structures remain, abandoned, forgotten, waiting. Buoscio refocuses the viewer’s eye, giving a renewed attention to the beauty, strength, and timeless qualities these settings have.

“I consistently use architecture in my works to define the space. The different buildings I feel work together to create a unique environment and a unique impression on the viewer. I am interested in the act of seeing. I am looking for quiet moments. I am looking for a sense of calmness and in capturing the sensation of viewing a space as a long pause.”

The majority of the paintings are staged under the drama of nightfall or the still late hours of the middle of the night. Buoscio’s works are informed by a variety of visual and moving images from historic sources such as the photography of Charles Cushman, the films of Alfred Hitchcock and the paintings and etchings of Edward Hopper and other Ashcan School artists.

“Though what I see and depict is my response to an environment in the present, I am also thinking of similar responses to the setting in the past, they are views that I feel have continued. I hope that I am bringing to the viewer’s attention, enough information to generate a response equivalent to my own.” 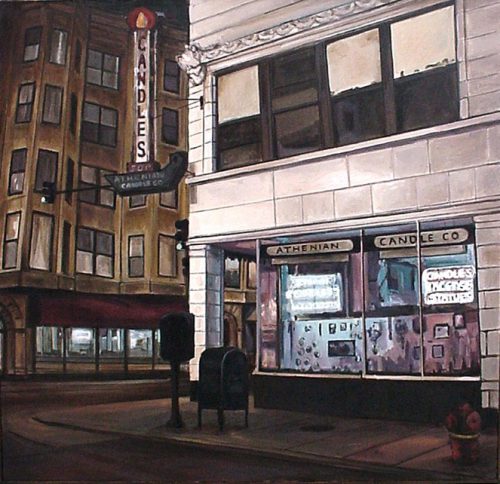 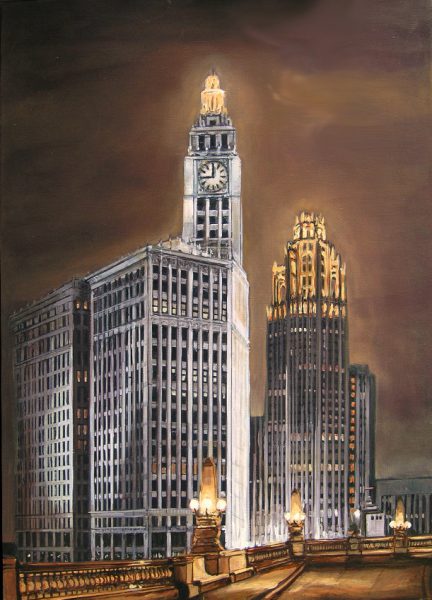 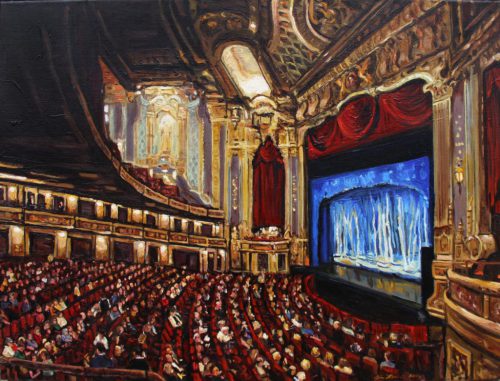 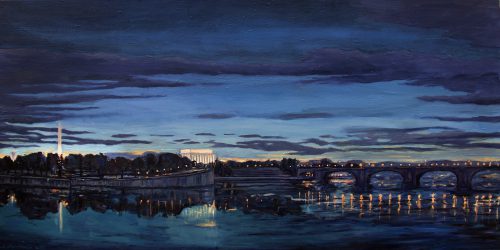 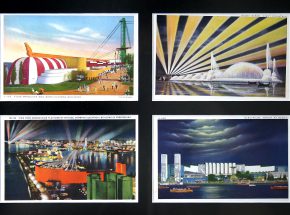