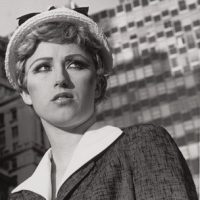 By turning the camera on herself, Cindy Sherman has built a name as one of the most respected photographers of the late twentieth century. Although, the majority of her photographs are pictures of her, however, these photographs are most definitely not self-portraits. Rather, Sherman uses herself as a vehicle for commentary on a variety of issues of the modern world: the role of the woman, the role of the artist and many more. It is through these ambiguous and eclectic photographs that Sherman has developed a distinct signature style. Through a number of different series of works, Sherman has raised challenging and important questions about the role and representation of women in society, the media and the nature of the creation of art.

Sherman’s life began in 1954, in Glen Ridge, New Jersey, a suburb of New York City. Her family having moved shortly after her birth, Sherman grew up as the youngest of five children in the town of Huntington, Long Island. Unlike some budding artists, Sherman was not particularly involved in the arts as a young person. Sherman’s parents were not involved in the arts; her father made a living as an engineer and her mother worked as a reading teacher. Born relatively late in her parents’ lives, Sherman’s father was retired by the time she was in fifth grade. Sherman has said that, “”It wasn’t until college that I had any concept of what was going on in the art world. My idea of being an artist as a kid was a courtroom artist or one of those boardwalk artists who do caricatures. My parents had a book of, like, the one hundred one beautiful paintings, which included Dali and Picasso among the most recent artists.” Despite her parents lack of artistic interest, they were supportive of her choice to enter art school after finishing high school, though, according to Sherman, her mother did caution her to “take a few teaching courses just in case.” Thus, Sherman’s exploration of art began at the State University College at Buffalo.

Sherman’s career at Buffalo began much differently then it ended. As a freshman, Sherman set out to study painting until one day, when she realized that she had enough. Frustrated with the limitations of painting and feeling like she had done all that she could, she gave it up. Sherman has said that she felt that ” . . .there was nothing more to say [through painting]. I was meticulously copying other art and then I realized I could just use a camera and put my time into an idea instead.” And this is explicitly what she did. In retrospect, Sherman has expressed that she never could have succeeded as a painter, stating that she is unable to react to painting in anything more than a visceral way. Lacking the critical connection needing to proceed with painting, Sherman turned to photography, which she studied for the remainder of her time at Buffalo. During this time, she met a person who was to become very important in her life: fellow artist Robert Longo. Together with Longo and fellow student Charles Clough, Sherman formed Hallwalls, an independent artists’ space where she and fellow artists exhibited.

After Sherman’s 1976 graduation, she decided to move to New York City to embark upon her career in art. Taking a loft on Fulton Street in lower Manhattan, Sherman began taking photographs of herself. These photographs would come to be known as the Untitled Film Stills , perhaps the most well known and recognizable work of Sherman’s career thus far. In these photographs, begun in 1977, Sherman places herself in the roles of B-movie actresses. Her photographs show her dressed up in wigs, hats, dresses, clothes unlike her own, playing the roles of characters. While many may mistake these photographs for self-portraits, these photographs only play with elements of self-portraiture and are really something quite different. In each of these photographs, Sherman plays a type — not an actual person, but a self-fabricated fictional one. There is the archetypal housewife, the prostitute, the woman in distress, the woman in tears, the dancer, the actress, and the malleable, chameleon-like Sherman plays all of these characters.

For a work of art to be considered a portrait, the artist must have intent to portray a specific, actual person. This can be communicated through such techniques as naming a specific person in the title of the work or creating an image in which the physical likeness leads to an emotional individuality unique to a specific person. While these criteria are not the only ways of connoting a portrait, they are just two examples of how Sherman carefully communicates to the viewer that these works are not meant to depict Cindy Sherman the person. By titling each of the photographs “Untitled”, as well as numbering them, Sherman depersonalizes the images.

There are also very few clues as to Sherman’s personality in the photographs – each one is so unique and ambiguous that the viewer is left with more confusion than clarity over Sherman’s true nature. Sherman completed the project three years later, in 1980, when she “ran out of clichés” with which to work. This series gave Sherman much publicity and critical acclaim; she had her first solo show at the nonprofit space, the Kitchen, in New York City. In 1980 Sherman also created a series of what she called “Rear-Screen Projections” in which, similarly to the Film Stills, Sherman dressed up and paraded against a projected slide background.

In 1981 Sherman was commissioned by the respected magazine Artforum to do a “centerfold” for one of their upcoming issues. Sherman proceeded to submit a series of images with a cohesive aesthetic look: the camera was placed above Sherman, who was often crouched on the ground or made to look like she was in a state of reverie. This series, as well as an additional series of Sherman in a pink robe, was rejected by Artforum ‘s editor, Ingrid Sischy, who claimed that these photographs “might be misunderstood.”

Sherman went on to change her style almost entirely in what are often referred to as the Disasters and Fairy Tales series. For the first time in her public career, Sherman was not the model in all of the images. Shot from 1985 until 1989, these images are far more grotesque than Sherman’s earlier work. Often intentionally dressing to look scary and deformed, Sherman sets herself in strange, indefinable settings which often feature oddly colored lighting in shades of blue, green and red. At times, Sherman employs dolls parts or prosthetic body parts to substitute for her own and many a scene is strewn with vomit, mold and other vile substances. Sherman’s intent is to explore the disgusting, yet these are things that she admittedly can find beauty in.

Sherman’s second most known body of work came some time after the Film Stills had already been well received, around 1988-1990. In the History Portraits Sherman again uses herself as model, though this time she casts herself in roles from archetypally famous paintings. While very few specific paintings are actually referenced, one still feels a familiarity of form between Sherman’s work and works by great masters. Using prosthetic body parts to augment her own body, Sherman recreates great pieces of art and thus manipulates her role as a contemporary artist working in the twentieth-century. Sherman lived abroad during this time in her life, and even though museums would appear to be the source of inspiration for this series, she is not a fan of museums: “Even when I was doing those history pictures, I was living in Rome but never went to the churches and museums there. I worked out of books, with reproductions. It’s an aspect of photograph I appreciate, conceptually: the idea that images can be reproduced and seen anytime, anywhere, by anyone.”

In 1992 Sherman embarked on a series of photographs now referred to as “Sex Pictures.” For the first time, Sherman is entirely absent from these photographs. Instead, she again uses dolls and prosthetic body parts, this time posed in highly sexual poses. Prosthetic genitalia – both male and female – are used often and photographed in extreme close-up. Photographed exclusively in color, these photographs are meant to shock. Sherman continued to work on these photographs for some time and continued to experiment with the use of dolls and other replacements for what had previously been herself.

Sherman’s life and work has been populated by more than just conceptual photography. She has been married to video artist Michel Auder for over 16 years and has found time in her busy career to add work in motion pictures. In 1997, Sherman’s directorial debut, Office Killer, starring Jeanne Tripplehorn, was released in theatres. A self-proclaimed lover of horror films, Sherman draws on the characteristics of this genre as well as the visual motifs established as a still photographer. Sherman also made an appearance in front of the camera, making a cameo playing herself in John Waters’ 1998 comedy Pecker .

Because Sherman achieved international success at a relatively young age, her work has had a considerable maturation in value over the past decade. In 1999 the average selling price for one of her photographs was $20,000 to $50,000, a hefty sum for a female photographer. Even more ground-breaking was a 1999 Christie’s auction in which one of the photographs from Film Stills sold for a reported $190,000. This bid was perhaps inspired by the Museum of Modern Art’s lead: in 1996, they purchased a complete set from Film Stills for one million dollars. These prices are indicative of Sherman’s huge level of success, both critically and financially. Sherman’s popularity continues to grow around the world, as she has exhibited countries including Germany, Japan, France.

Recently, Sherman has returned to using herself as model. At a recent show at her New York gallery, Metro Pictures, Sherman displayed a series of portrait-like images of herself in the guise of women from California. These women are again simply types – The Personal Trainer, The Ex-Realtor, The Divorcee, etc. Sherman further manipulates the notion of portraiture through the use of conventional portrait signs including the setting of the figure against a neutral background. Unlike some of her early photographs, these are more straightforward images of created characters, not narrative fragments. Sherman continues these projects in New York City, where she currently lives and works. 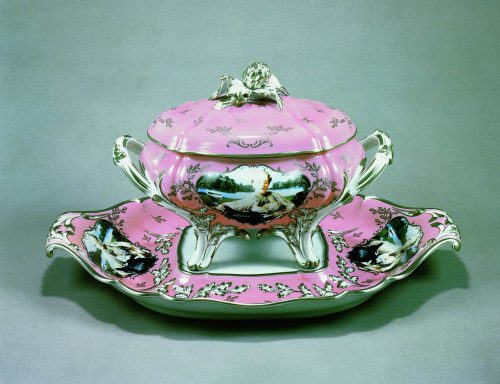 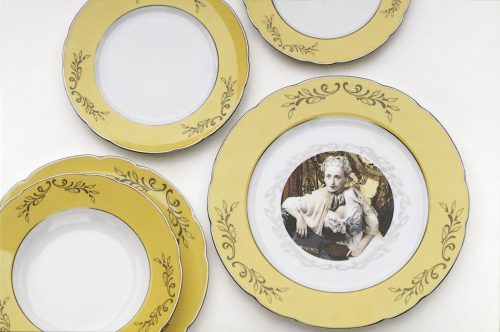 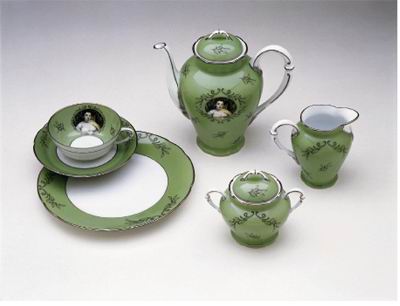 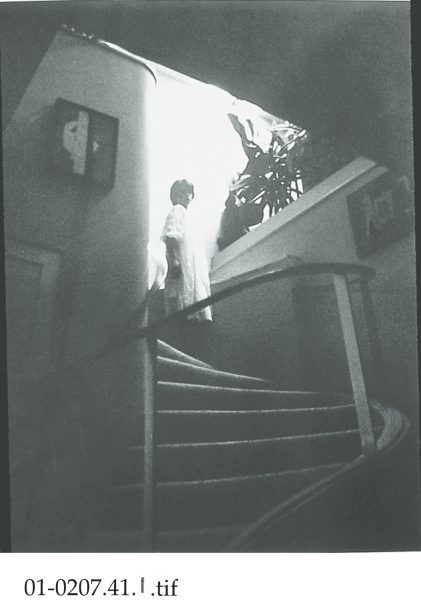 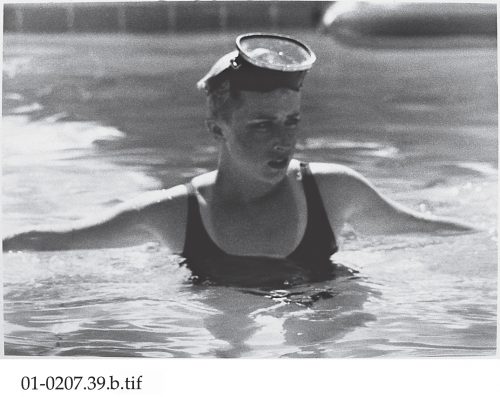 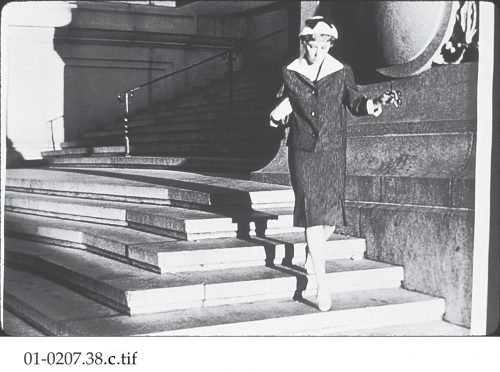 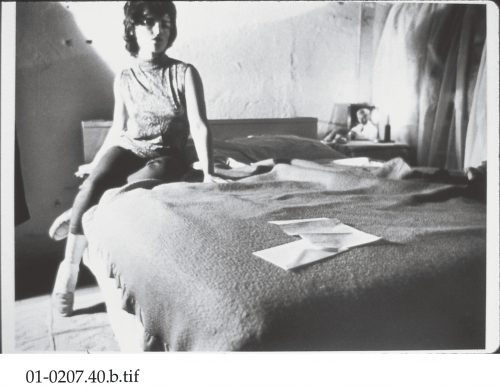 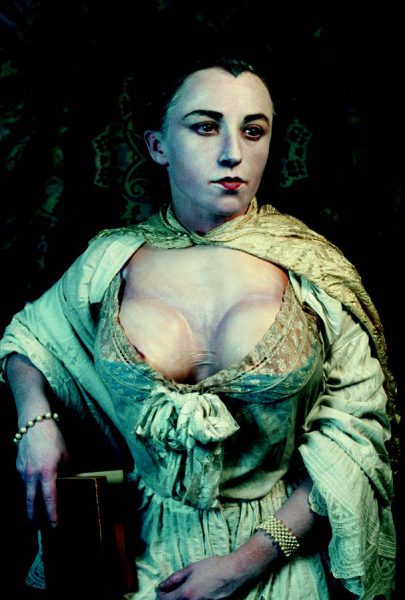