Curtis Ripley was born in Lubbock, Texas. He attented the University of the Americas, México D.F. in 1969; Texas Tech University, earing a Bachelor of Fine Arts degree in 1971; and the University of Wisconsin, Madison, where he earned a Master of Fine Arts degree in 1975. Ripley served as a lecturer in 1975 at the Univeristy of Wisconsin, Madison; an Assistant Professor at Purdue University, West Lafayette, Indiana from 1975 to 1977; an Associate Professor at the Virginia Commonwealth University, Richmond, Virginia from 1977 to 1985; an Associate Professor at California State University, San Bernardino from 1985 to 1986; and a lecturer at California State University, Long Beach from 1986 to 1987. His awards include a National Endowment for the Arts Artists Fellowship, 1979, and Juror’s Award, Zeichnung Heute, Kunsthalle, Nurnberg in 1983. He has had numerous one-person shows throughout the United States, has participated in a wide-variety of group exhibitions, and has works in several collections such as those of the Fine Art Museums of San Francisco, California; Chemical Bank, New York City; Yokohama Royal Park Hotel, Japan; MGM Grand, Las Vegas, Nevada; and The Ambassador Hotel, Taipei. The artist lives and works in Los Angeles, California. 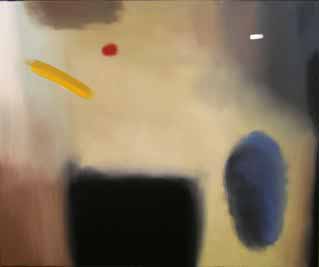