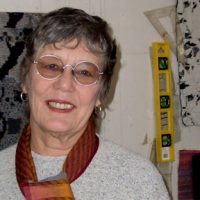 I earned my B.FA. from the Rhode Island School of Design and my M.F.A. from the University of Kansas, where I taught from 1976 to 1999. I was awarded two National Endowment for the Arts Craftsman’s Fellowships, in 1974 and 1983. In 2000 I received the Gold Medal from the College of Fellows of the American Craft Council, in recognition of a lifetime of achievement, and an Honorary Doctorate of Fine Arts from RISD in 1989. I have been exhibiting nationally and internationally for many years, including shows at the Museum of Contemporary Art, Montreal; The Textile Museum, Washington, D.C.; Museum of Art and Design, Helsinki. My work can be found in the collections of the Metropolitan Museum of Art, Philadelphia Museum of Art, Chicago Art Institute, Boston Museum of Fine Art, DeYoung Museum, Museum Bellerive, Zurich and many others.

I am a weaver. Recently I have worked extensively on a computerized Jacquard loom at the Oriole Mill in North Carolina. I have been fascinated with the visual notational methods or systems specific to different professions. The staff of written music; the graph markings of the weaver; the layout of an architect; the equations of a mathematician – all are meaningful to the practitioners within the particular field but often are an indecipherable code to others. This interest has evolved into a delving into specific codes and ciphers. In combining and juxtaposing parts of these various systems, new patterns and forms develop provoking in my mind new allusions to follow. The complexities of the graphic relationships, these allusions along with the morphing of the marks by their translation into woven structures, continue to involve me. 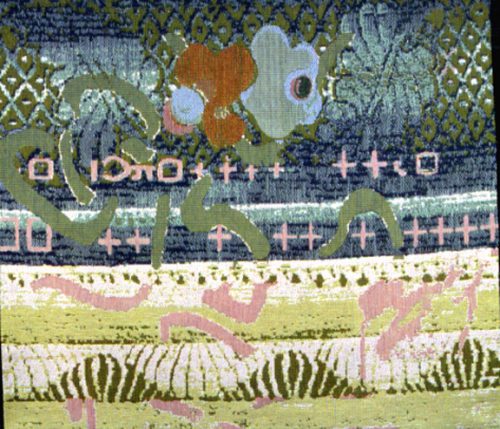 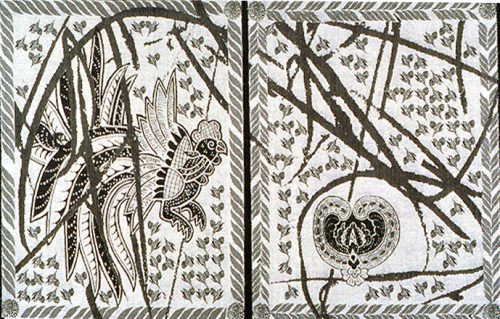 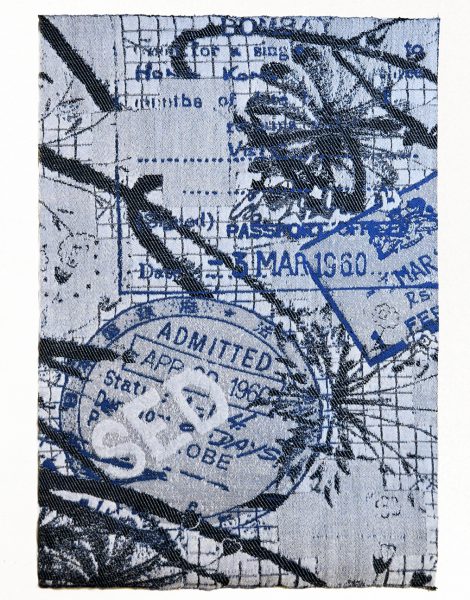 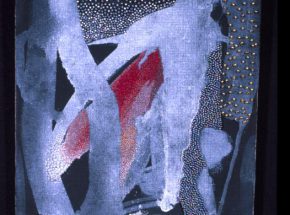