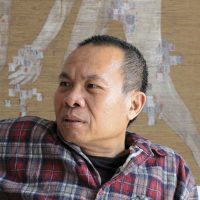 Born in central Java in 1957, Dadang Christanto has spent his career honoring the countless victims of political violence and crimes against humanity. His large scale paintings, primarily rendered on raw linen with the human head as a recurring motif, express human suffering and lay bare the anguish and grief that is endured in silence. The sincerity and rawness of emotion in Christanto’s work is due, in part, to the circumstances of his own father’s disappearance when Christanto was a boy; yet the artist continues to produce art which pleads for compassion regardless of differing faiths and political beliefs.

Christanto was the first Indonesian artist to represent his native country at the Venice Biennale in 2003. He has been curated into many other major art events worldwide including the Sydney Biennale (2010), the Yogyakarta Biennial, Indonesia (2003), Kwangju Biennale, South Korea (2000), the Bienal de Sao Paulo, Brazil (1998) and the first and third Asia-Pacific Triennials of Contemporary Art, Brisbane (1993 & 1999).

Christanto currently divides his time between the central coast of New South Wales and Central Java. 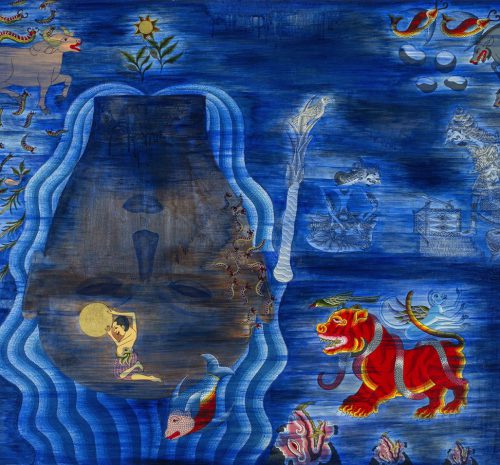