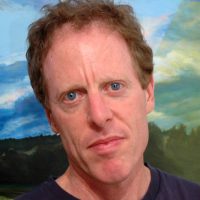 Dan Gottsegen lives and works in rural Vermont. His work is influenced by his ongoing wilderness explorations and meditations. He often derives images from video that he shoots in the wild. In the “Die Wanderungen” series he combines and overlaps images improvisatorially. Said one curator, “Gottsegen develops a composition that allows for combining and compressing different moments, in the way that the mind wanders when walking in the woods.” Reviewers have called his work poignant, meditative, and emotionally powerful. An earlier raptor series reflects his experience for over a decade trapping, banding, and releasing hawks in the Marin Headlands to study their migration patterns. His involvement in this study was born out of many powerful encounters with owls and hawks that he had been having for years.

Gottsegen has exhibited nationally including solo shows at the Feick Gallery at Green Mountain College; Karpeles Museum in Santa Barbara; Sylvia White Gallery in Santa Monica; Prince Street Gallery in NYC; Whistler House Museum in Lowell, MA; Gallery Paule Anglim in SF; Soprafina Gallery in Boston; Patricia Sweetow Gallery in SF. He has been in numerous group exhibitions. He also has done a number of large-scale public art projects including windscreens for the Westminster, CO Station (on the light rail line from Denver to Boulder); the South Burlington, VT City Center Gateway; Inside and Out, A Public Art Plan for Dartmouth Medical Center; and the Vermont State Forensics Lab, a piece which combines Gottsegen’s painting, a public garden and outside glass work. 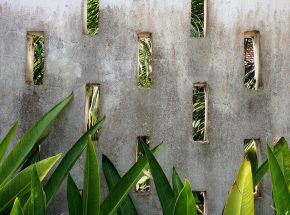