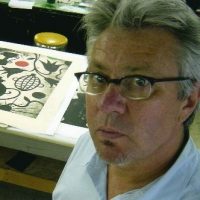 Dan Rizzie was born in Poughkeepsie, New York and currently resides in Sag Harbor on the East End of Long Island. Rizzie’s prints reflect this long-held respect for the nature surrounding him. A keen eye for geometry and propensity for pattern lend each image a sense of organically occurring organization. Dan’s technique of woodcut enables him to flatten the composition into only one or two planes, lending an air of simplicity to the actually tightly filled picture. This delicate dichotomy has earned Dan’s prints inclusion in some of the nation’s most prestigious arts institutions, such as New York’s Museum of Modern Art, and Metropolitan Museum of Art. 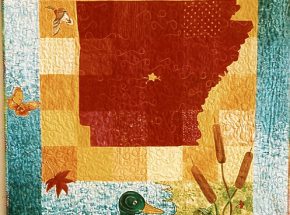