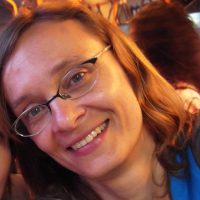 My drawing (soft pencil and charcoal) from the Embassy mural is an iconic image from during the Cold War, it’s the first joint between U.S.Apollo and Russian spacecrafts, as part of the last Apollo mission. As the spacecrafts docked in space on July 17, 1975, the two mission commanders exchanged the first handshake in space. During the 44 hours of docking, the three Americans and two Soviets conducted joint scientific experiments, exchanged flags and gifts, visited each other’s ships, ate together and conversed in each other’s languages. The Apollo and Soyuz Test Project was a symbol of the policy of détente (French for relaxation, it’s used in reference to the general easing of relations between the S.U. and the U.S. in the 1970s, a thawing in the middle of the Cold War) that the two superpowers were pursuing at that time. This illustration is one of a series I’ve made in collaboration with artist Stefan Constantinescu while working at his project, “Beyond the Iron Curtain”.

My present concerns are placed within both painting and comics areas. The comic strips interest is based on the idea of introducing the time dimension in my paintings, of the unfolding of an image, of a later discovery at a later look of all elements in the frame. In comic strips I’m not interested in a classic chronological display, but in a time altering subjected to affective memory and emotional perception, which expand and compress time, in mood drawings and backing elements which at first sight may pass unnoticed, but with underground infiltrations that may undermine the foreground story.