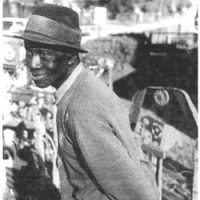 David Butler was born in Good Hope, Louisiana, the first of eight children, to a religious family. His father was a carpenter, his mother a devout worker in her community church. Butler worked cutting grass, as a sugarcane harvester, farmer, wagon driver, and a laborer in a sawmill. He turned to art fulltime after a partial disability from an accident in the sawmill.

He used brightly colored house paint on his imaginative sculptures, many of them wind driven assemblages that he placed around the yard. He also created metal cutout polychrome window screens to embellish his small house in Patterson, Louisiana. His constructions of farm, exotic and imaginary animals, roosters, chickens, and flying elephants, religious subjects such as crucifixion and nativity scenes, as well as figural forms like this Statue of Liberty, were fashioned from roofing tin that he flattened, cut with a meat cleaver and hammer, painted, and sometimes decorated with found objects, 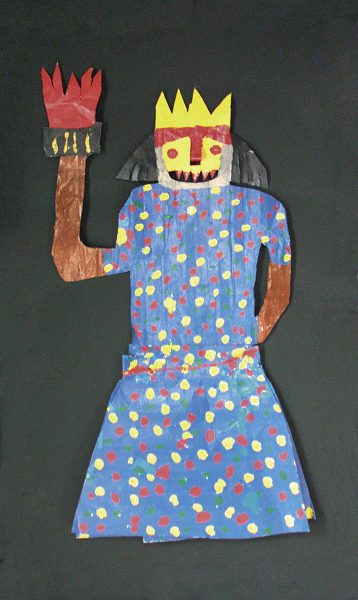