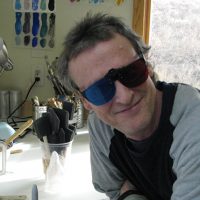 David Row was born in Portland, Maine. He studied at Yale University from 1968-1974 where he studied under Al Held who would become a lifelong friend and mentor. Immediately following his studies he moved to New York City where he continues to live and work.

One-person museum shows include Ennead, originating at the Edwin A. Ulrich Museum of Art at Wichita State University,Wichita, Kansas (2000), and travelling to The McKinney Avenue Contemporary in Dallas, Texas (2001). His works are in the permanent collections of museums worldwide including The Brooklyn Museum, The Carnegie Museum of Art, The Cleveland Museum of Art, and the Museum of Contemporary Art, San Diego. He is the recipient of a National Endowment for the Arts Grant in Painting (1987). He received the Isaac N. Maynard Prize for Painting from the National Academy Museum, in New York, in May 2008. 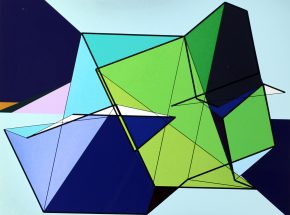