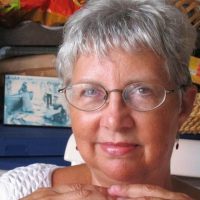 Abstraction gives me a sense of freedom. I grew up in New York City. In 1970 Spain became my passion. The vast openness of the sky, sea, and light had a profound affect upon me. The paintings I create each year reflect memories and the Mediterranean life around the sea. There is no preconceived idea when I start a painting. As I work, color and form create a feeling. From that point on the painting takes on a life of its own. My mood, spirit and response to the world around me are expressed through my application of color.

My formal training began with four years at the Art Students League where I met my artist/husband, John Ferdico. I also studied color theory with Wolf Kahn at the National Academy of Design and other New York art schools. A summer painting at a school in the Pyrenees in Spain was a unique experience. At New York University, I received my BA in art history and MA in Humanities and Social Thought.

My work, “Cuenca Light” was seen on OvationTV from October 07 – February 08. It was also featured in Art Calendar in January 08 article by Kim Hall, “Seize the TV. My work and John Ferdico’s painting were in The Queens Courier, “Queens Artists’ Work Hang in US Embassies” by Marianne Nash, July 3, 2008 as a feature story with artwork. Two paintings were at the U.S. Embassy in Lima, Peru.

May 20, 2009 I participated in an article in The New York Times, “Tight Times Loosen Creativity.” I was photographed with art in slide show by Robin Pogrebin (The New York Times photo by Katie Orlinsky).

My artwork can be seen at: www.artslant.com search DIANE LEON 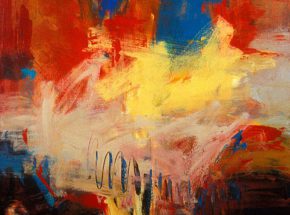