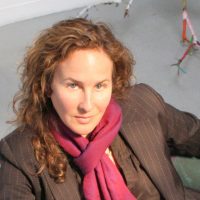 Cohen’s work has been applied to surfboards in the acclaimed group show FLOW – fine lines on water, which she also curated. In 2007, Cohen expanded into making wearable art pieces using recycled materials, including stage outfits worn by alt-rock duo The Ditty Bops and a “green carpet” dress worn by actress Rachelle Carson. Her “conscious couture” and art were featured on Ed Begley’s environmentally themed HGTV series Living With Ed and on the CBS EcoZone Project with Daisy Fuentes. Other projects include: The Curse, a book of stories at: www.thecurse.com and Citizenlove, new textiles based on her plastic work and viewable at: www.citizenlove.com

Solo shows include post, Art Affairs gallery in Amsterdam, the Sutton Gallery in Melbourne, Frank Pictures in Santa Monica, CA. and Elizabeth Budia Gallery, Barcelona, Spain. She has shown in group exhibitions at Affirmation Arts in NYC, the Riverside Art Museum in Riverside, the Bronx Museum in NYC and the Tampa Museum of Art in Florida, The OCCCA in Orange County, SPARC in Venice, CA and Art From Scrap in Santa Barbara.

In 2010, Cohen created Ocean of Plastic with students at BFIS and exhibited this at The Museum of Water in Barcelona and presented a solo exhibition at Duke University Nicholas School of the Environment. Dianna Cohen is a co-founder of Plastic Pollution Coalition, a global alliance of individuals, organizations and businesses working together to stop plastic pollution and its toxic impacts on humans, animals and the environment. 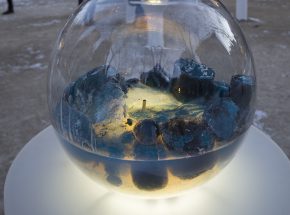 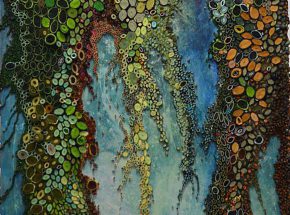