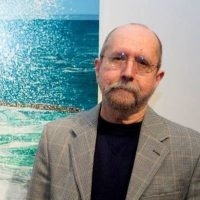 Don Eddy was born in southern California in 1944. He received his B.F.A. and M.F.A. degrees from the University of Hawaii and did post-graduate work at the University of California, Santa Barbara. He resides in New York City. A realist artist, sometimes called a photo-realist, the artist works in acrylic on canvas as well as in colored pencil on paper.

Eddy’s new work takes him deeper into the explorations of nature, perception and life’s mysteries. Many of the paintings have arched tympana, making reference to shapes used in Romanesque and Gothic architecture, as well as to sacred and religious paintings of medieval and Renaissance times. By association to the tympanum, Eddy’s multi-panel paintings take on a quietly spiritual aura in their contemplative examination of earth’s changes and riches. The subject is as much light and tranquility, ultimate peace, as is the manifest content. Some of his new paintings are triptychs with three sections vertically or horizontally juxtaposed, others are polyptychs, including four or five wooden panels.

While Eddy’s earlier works of the ‘80s were object oriented, depicting glassware, silverware and toys on reflective glass shelves, his new paintings (and work of the past decade) have turned outward–to the imagery we behold in the world–as well as inward in their impact. No longer does the artist select images for cerebral, narrative or metaphorical reasons, he juxtaposes images that work in poetic relationship to one another. Eddy calls these connections of structure “echoing ecosystems” which anchor and join the panels together.

Eddy utilizes a unique system he has developed over the years, underpainting in three colors. The first layer is a pthalocyanine green in a series of tiny circles about 1/16th of an inch in diameter. Eddy meticulously paints each of the eight panels first in tiny green circles, a meditative process of setting the values for the painting. This layer is followed by brown, then purple to separate the warm from the cool colors.

He may then add between 20 to 30 layers of transparent color to achieve the radiant final palette of each paint-ing. Eddy does not project a slide when creating his works; he draws a map onto the canvas that only he can read, and then begins to create a universe for the public to contemplate in its richness, quietness and depth. 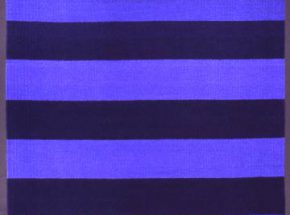