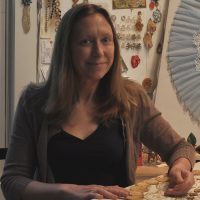 I make objects to serve as place holders of memory using symbolically significant materials, many of which are donated including guitar, violin & harp strings, rose petals, antique damask linens and clothing.

The circular forms and compositions reflect the seamless continuum of ritual that binds the past to the present, and the present to the future. Mirroring the Buddhist mandala form, the circular shape enveloped by the square background of the “Arrangements” characterizes the infinite within the finite. The geometric schemes of Gothic cathedral rose windows and the numeric configurations of religious prayer beads inform the mathematical arrangements of the work.

Additional materials include rings, bone beads, dirt and handmade rose beads inspired by a 13th-century recipe for rosary beads. Guitar-string ball ends are used as a dedication to my brother Scot Sharrett, as are the song titles chosen to name the works. A variety of needlework techniques are used, including crochet, embroidery and needlelace.

I am a recipient of two New York Foundation for the Arts Artists’ Fellowships and several artist’s residencies and grants. My work has been widely exhibited including at the American Embassy, Bangladesh and a solo exhibition at the Everson Museum in Syracuse, New York. Articles about my work have appeared in many publications including the New York Times, Art & Antiques & Sculpture Magazine and my work has been reviewed in several publications including BT (Tokyo), Frankfurter Allgemeine Zeitung (Germany) and the New York Times. My work is held in numerous private and public collections including the Museum of Arts & Design in New York City. I hold a degree from School of Visual Arts in New York City and am represented by Pavel Zoubok Gallery in Chelsea, New York City. 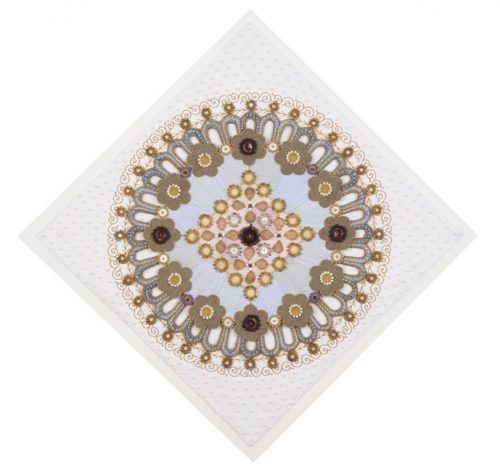 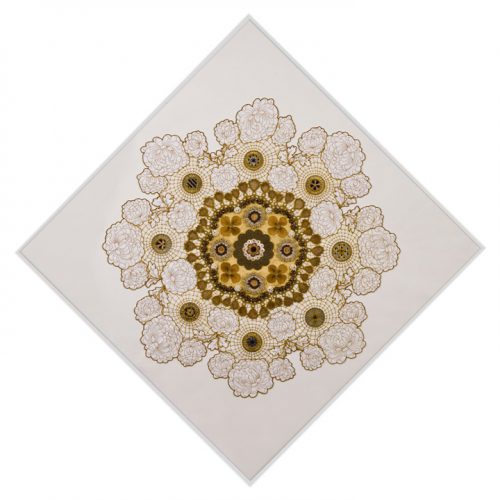 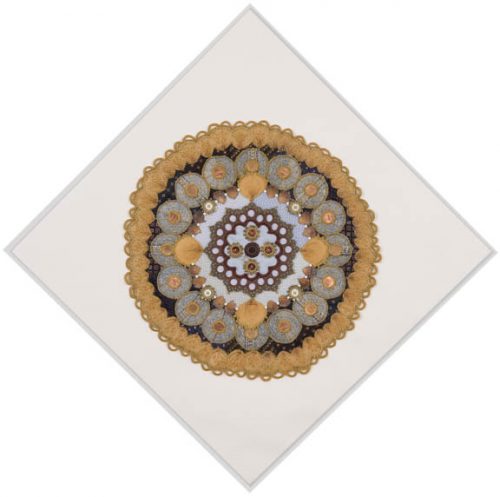 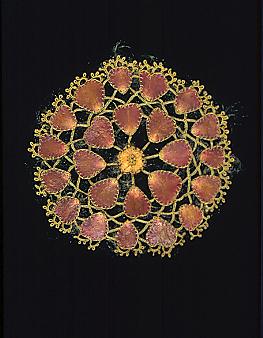 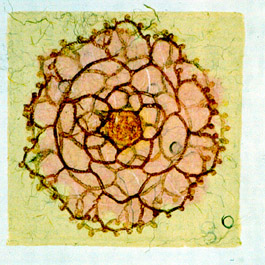 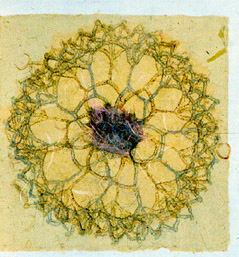