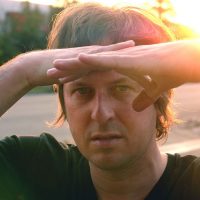 Doug Aitken was born in Redondo Beach, California in 1968 and currently lives and works in Los Angeles and New York.

Aitken’s body of work ranges from photography, sculpture, and architectural interventions, to films, sound, single and multi-channel video works, and installations. His work has been featured in numerous solo and group exhibitions around the world, in such institutions as the Whitney Museum of American Art, The Museum of Modern Art, and the Centre Georges Pompidou in Paris.

Since the mid-1990s, Aitken has created installations by employing multiple screens. Diamond Sea was presented at the 1997 Whitney Biennial and his Electric Earth installation drew international attention and earned him the International Prize at the Venice Biennale in 1999.The following year, Glass Horizon, an installation comprising a projection of a pair of eyes onto the facade of the Vienna Secession building after it had closed for the night, showcased an interest in architectural structures and in art that interacts with urban environments.In 2001, Aitken’s exhibition at London’s Serpentine Gallery used the entire building for the complex installation New Ocean.

In the winter of 2007, Aitken’s Sleepwalkers was presented at the Museum of Modern Art in New York. The project included actors such as Donald Sutherland and Tilda Swinton, as well as musicians Seu Jorge and Cat Power. Five interlocking vignettes shown through eight projections were displayed upon the exterior walls of the museum so as to be visible from the street. Concurrent with the exhibition, Aitken also presented a “happening” inside the museum that featured live drummers and auctioneers, and a performance by Cat Power.

Aitken has directed many live “happenings” including his Broken Screen happening in Los Angeles and 99 cent dreams happening and Sonic happening in New York. Most recently, Aitken orchestrated a real-time opera that assembled auctioneers performing against the rhythms of his Sonic Table, at Il Tempo del Postino, at Theatre Basel. Most recently, he presented a performance during the opening of his multichannel video installation frontier in Rome.

In October 2009, Aitken’s Sonic Pavilion opened to the public. The pavilion is located in the forested hills of Brazil, at Inhotim, a new cultural foundation. The Sonic Pavilion provides a communal space to listen to the sounds of the earth as they are recorded through highly sensitive microphones buried close to a mile deep into the ground and carried back into the pavilion through a number of speakers. The sound heard inside the pavilion is the amplified sound of the moving interior of the earth.

Continuing his work in innovative outdoor projects, Aitken presented his latest large-scale installation, Frontier, on the Tiber river’s Isola Tiberina in the heart of Rome in November 2009. The film featured a protagonist played by the iconic American artist Ed Ruscha, as he’s seen caught in a landscape between fiction and non-fiction. The work creates a futuristic journey from day to night in a world where reality is put into question.

Doug Aitken has participated in over 150 art exhibitions throughout the world. 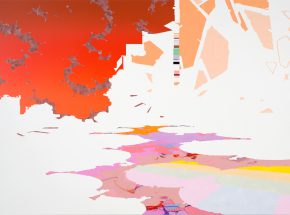 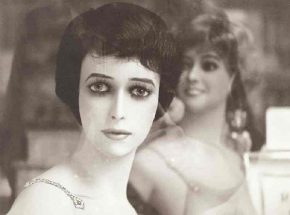