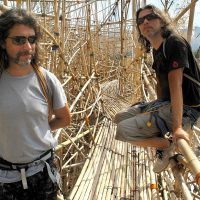 The Starn’s most recent installation titled Big Bambú: You Can’t, You Don’t and You Won’t Stop was commissioned by The Metropolitan Museum of Art. The artists created a site-specific installation for The Iris and B. Gerald Cantor Roof Garden (May-October 2010). This incarnation of Big Bambú in the form of a cresting wave was comprised 6,800 lashed bamboo poles ultimately reaching 100 feet in length was 50 feet wide and 50 feet high. Visitors evolving through a network of arteries within the sculpture, or from the terrace level of the roof witnessed its constant evolution and its morphing structure as a team of rock climbers lead by the artists at all times endlessly built and sculpted the motion of the wave. Set against Central Park and its urban backdrop, Doug + Mike Starn on the Roof: Big Bambú suggested the complexity and energy of an ever-changing living organism. This installation followed the artists’ experimentations at the former Tallix foundry their laboratory/studio located in Beacon, New York. Big Bambú bridges the realms of sculpture, architecture and performance. The first iteration of the artwork at the studio space allowed Doug + Mike to explore in depth the dialogue with early works such as Stretched Christ, Siamese Twins, Sphere of Influence, and Amaterasu, while pursuing their most recent investigations from their Absorption of Light concept, through alleverythingthatisyou, their photomicrographs of snow crystals, and their revival of the late 19th century color carbon printing process. Through their carbon-prints, the Starns mingle gilding techniques to the painterly photo-process, and further advance their metaphorical lexicon on light with photographs of Buddhist statuary they took at The Metropolitan Museum of Art, New York and The Freer Gallery of Art, Washington D.C.

In spring 2009, the New York City Metropolitan Transit Authority’s Arts for Transit unveiled See it split, see it change the brother’s first-ever public commission. The work is permanently installed in the South Ferry subway terminal. The approximately 250-foot long artwork, ranging from 9 to 14 feet in height, presents the artists’ iconic tree photographs, and a leaf transposed into fused glass. Marble mosaics and a water jet cut stainless steel fence punctuate the station’s main tree landscape. It is the recipient of the 2009 Brendan Gill Prize by the Municipal Art Society.

Gravity of Light, a solo exhibition by the Starn brothers featuring seven monumental photographs illuminated by a single, blindingly bright carbon arc lamp recently was inaugurated in the United States on the occasion of The Festival of Firsts-Pittsburgh, last fall, and was originally commissioned by the Färgfabriken Kunsthalle, Stockholm, Sweden. A series of artists’ books is accompanies the exhibition.

Attracted to Light, To Find God, not the Devil’s Insides and alleverythingthatisyou are the Starns’ most recent monographic publications. The Starns are currently preparing a new artist book based on their iconic photograph of Ganjin, and a monograph focused on Big Bambú. They have received critical acclaim in The New York Times, Art in America, Artforum, and Flashart, amongst many other notable media.

Doug and Mike Starn’s art has been the object of numerous solo and group exhibitions in museums and galleries worldwide. The Starns have received the following honors: two National Endowment for the Arts Grants in 1987 and 1995; The International Center for Photography’s Infinity Award for Fine Art Photography in 1992; and, artists in residency at NASA in the mid-nineties. Major artworks by the Starns are represented in public and private collections including: The Museum of Modern Art (NYC); San Francisco Museum of Modern Art (SF); Solomon R. Guggenheim Museum, (NYC); The Jewish Museum, (NYC); The Metropolitan Museum of Art (NYC); The National Gallery of Victoria, Melbourne; Whitney Museum of American Art (NYC); Yokohama Museum of Art, Japan; La Bibliotèque Nationale, Paris; La Maison Européenne de la Photographie, Paris; Los Angeles County Museum of Art, amongst many others. 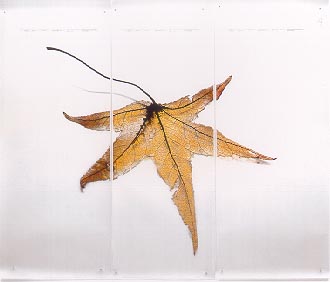 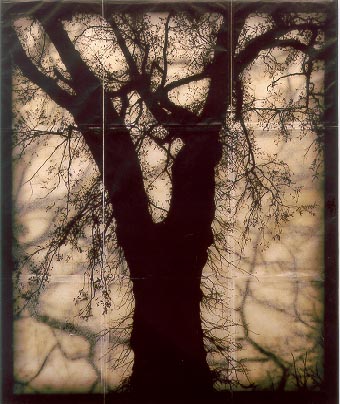 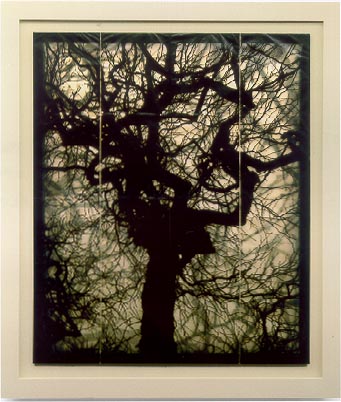 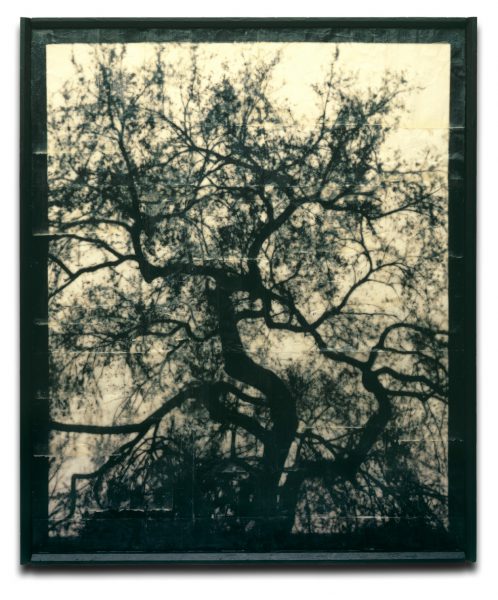