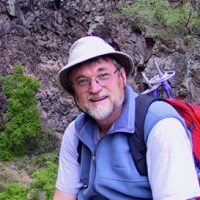 Born in Bellingham, Washington, Doug Leen served two years in Vietnam in the United States Navy Seabees, then attended the University of Washington receiving a degree in Geology. After a seven year stint in the National Park Service, he returned to the University of Washington receiving a Doctor of Dental Surgery (DDS) degree. Dr. Leen then began a 20 year private practice in Seattle’s colorful Pike Place Market and another 15 years as a public health dentist in rural Alaska. He was the 2004/2005 dentist at the South Pole with the U.S. Antarctic Program. It was in the Park Service that he stumbled upon an old “federal poster” which piqued his interest in what was later discovered to be the original WPA poster art of our National Parks. He currently lives in Kupreanof, Alaska.